Wow, June really flew by!
Since I last posted,
we had Father's Day..
Heather sent George a few cool things
including a cute tee-shirt,
Olive Garden gift card,
and his special tea he can't find anywhere. 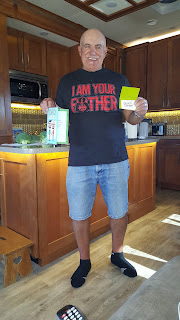 Of course we visited the grape vines,
they're coming right along! 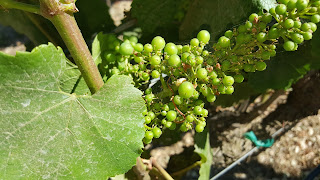 Last weekend we were invited to a friend's house for a barbecue.
There were great people and good food there! 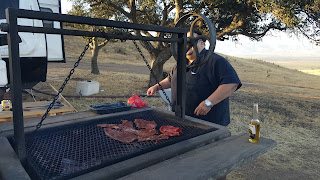 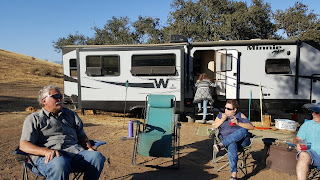 The views from his property were breathtaking. 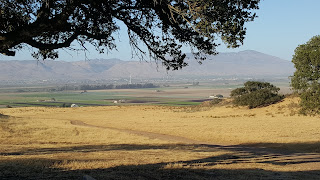 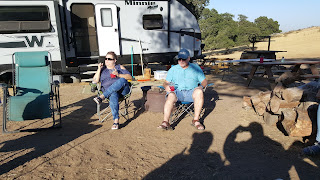 Cooper turned 6 months old on the 20th,
so it was time for his neutering.
He did great, but of course had to come
home with the 'cone of shame'. 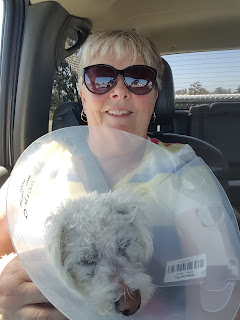 We bought him an inflatable collar instead.
I couldn't see him wearing that cone for a week! 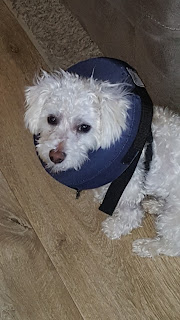 Connie and Greg came down on Wednesday to visit.
Cooper loves his 'Aunt Connie'.
They're going to take care of him when
we're on our cruise to Alaska in August. 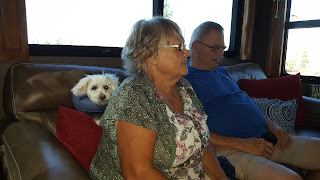 Mom is doing good, and is so ready to go on the cruise too!

I can't believe that it is July 4th week already.
The park is almost full.
The staff is having a cookout on Wednesday,
should be fun!
at July 01, 2018