Today we took a little drive over to the town of Harlem, Georgia.
Harlem was founded on October 24, 1870.
It was named by a New York resident visiting relatives
who thought the town resembled Harlem, New York.
The claim to fame of the town, is that Oliver Hardy was born there.
Hardy was born January 18, 1892.
In 1927 he started pairing with Stan Laurel in several shorts,
as well as longer comedies.

There is a great little museum with quite a collection of memorabilia! 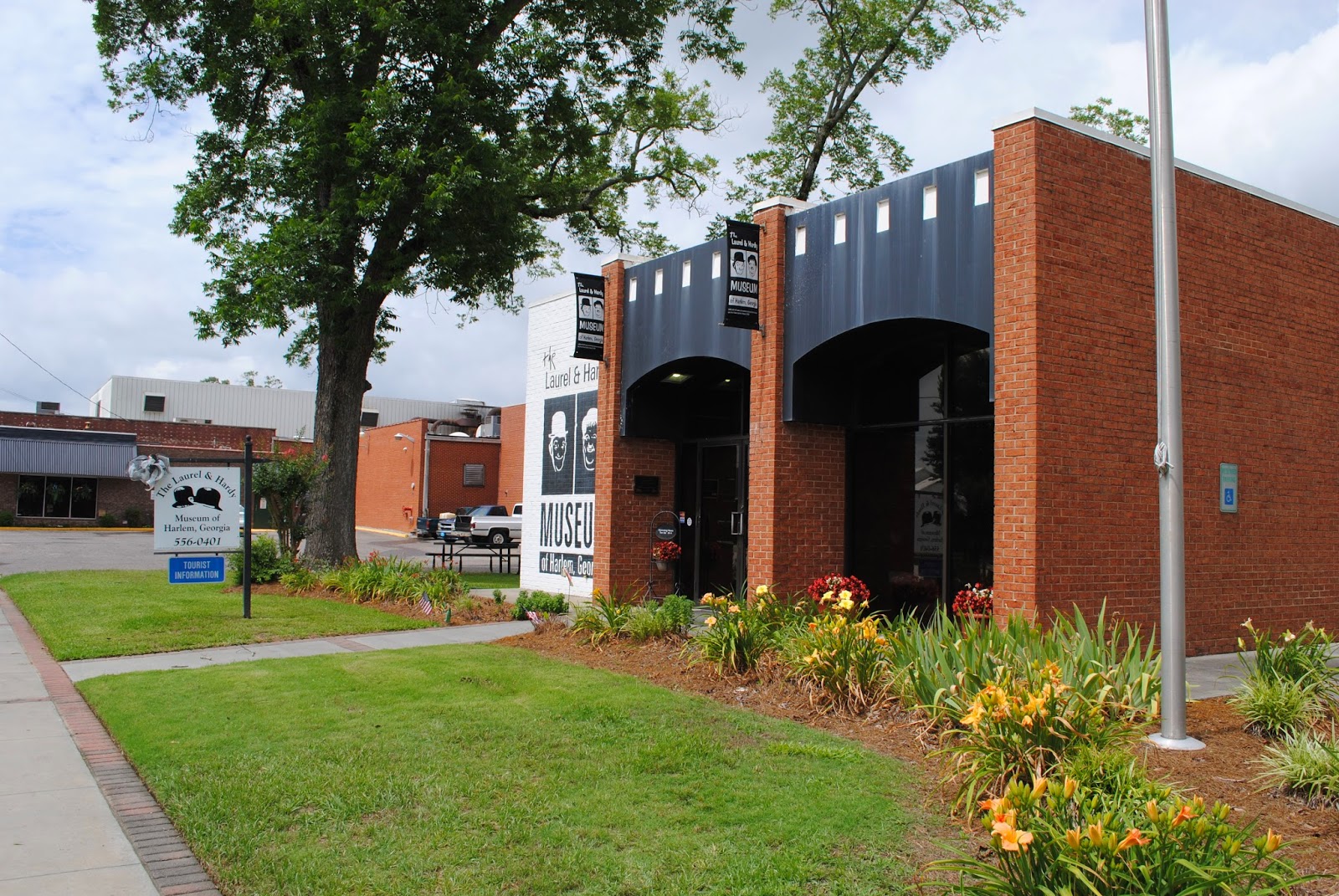 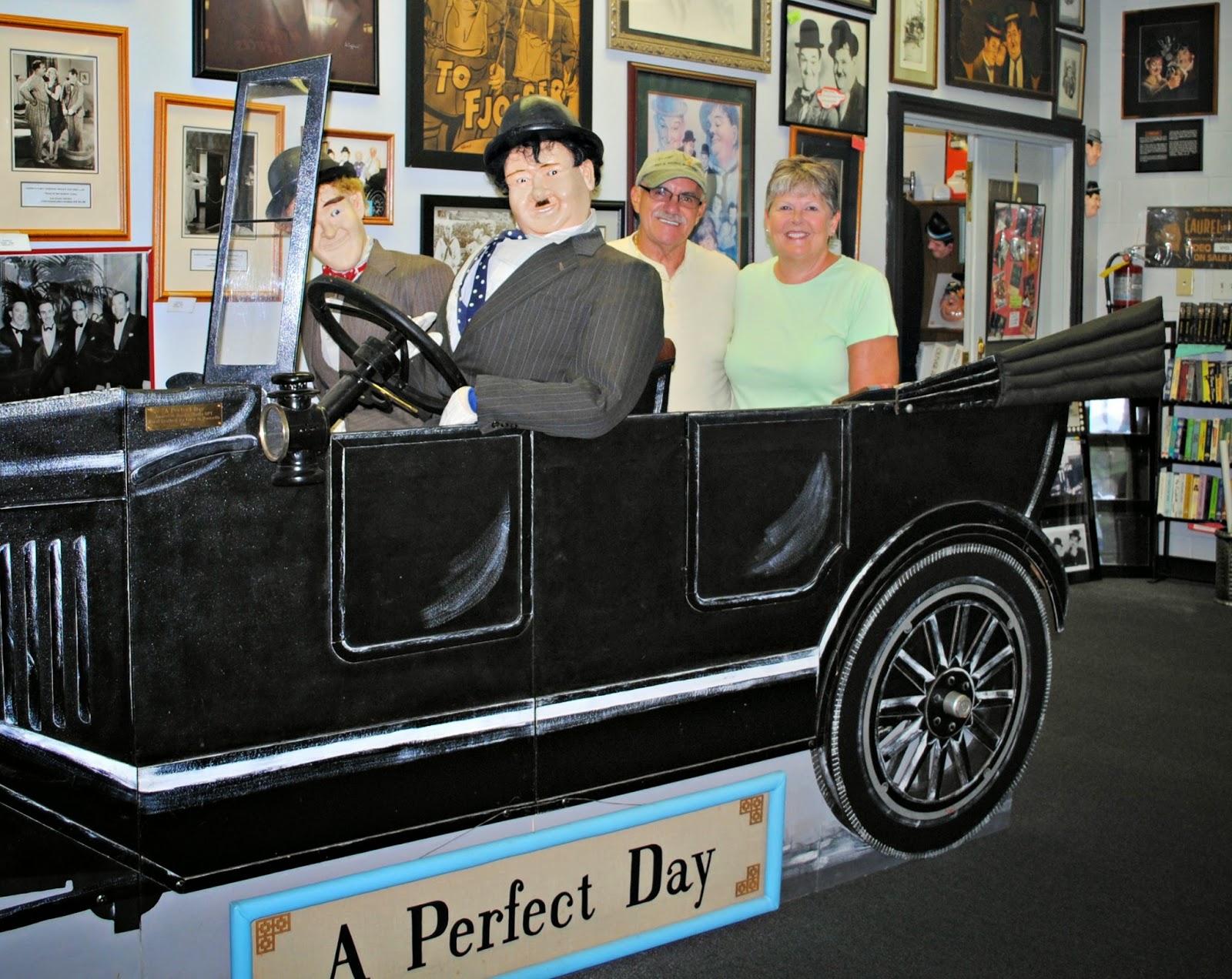 We also got to watch any Laurel & Hardy film we wanted while we were there.
We chose one of their shorts...'The Music Box',
which if you like slapstick, is pretty funny :-)

Yesterday George and I sat outside after dinner with the binoculars .
There have been bald eagle sightings in the trees across the cove! 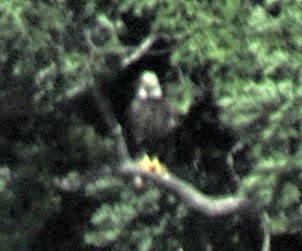 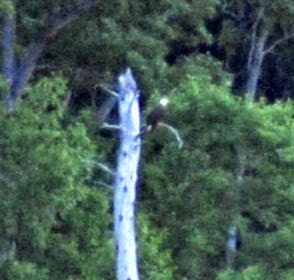 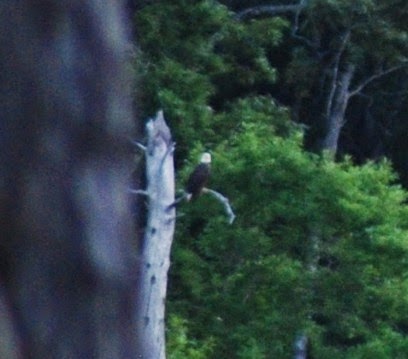 I apologize for the quality of the shots. He was in a closer tree,
but decided he didn't want his picture taken,
so flew and sat in one that was a bit farther away!
The view from the binoculars was fabulous :-)

These two guys are a little less camera shy.. 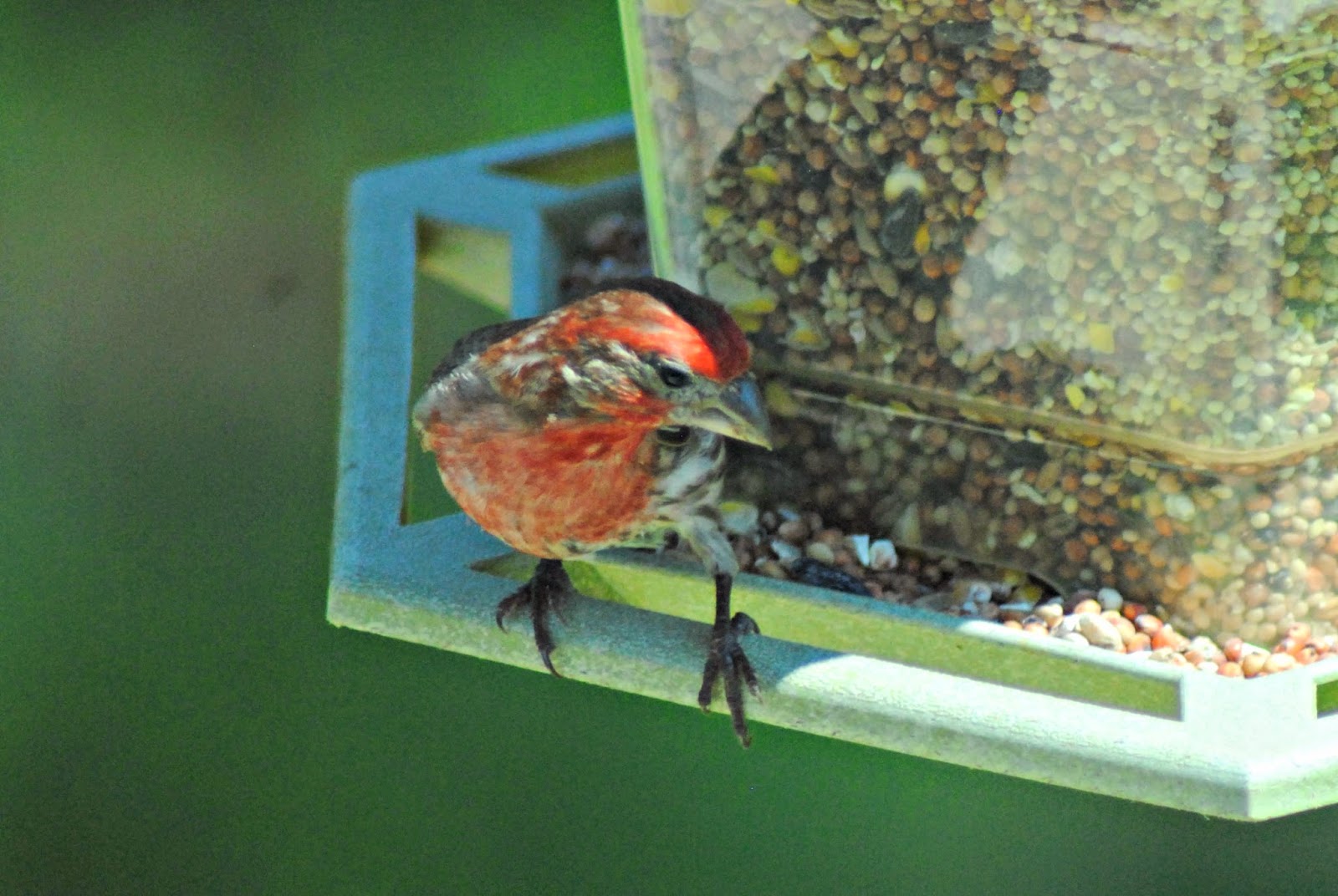 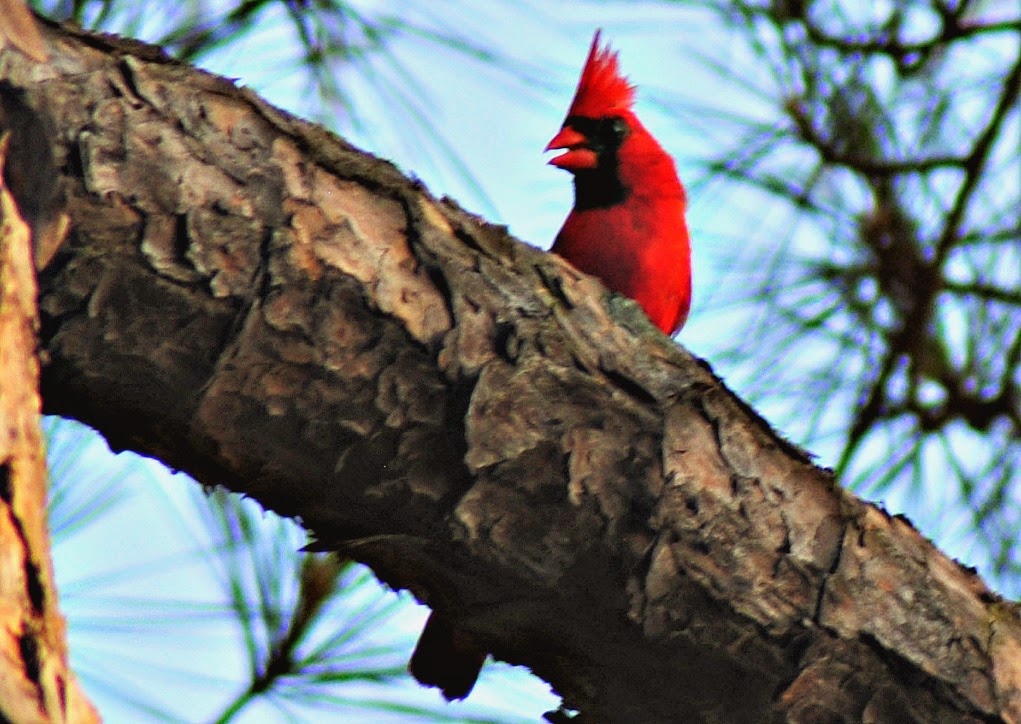 We'll keep an eye out for that eagle!

We were blessed with a beautiful rainbow this evening after a loud t-storm.. 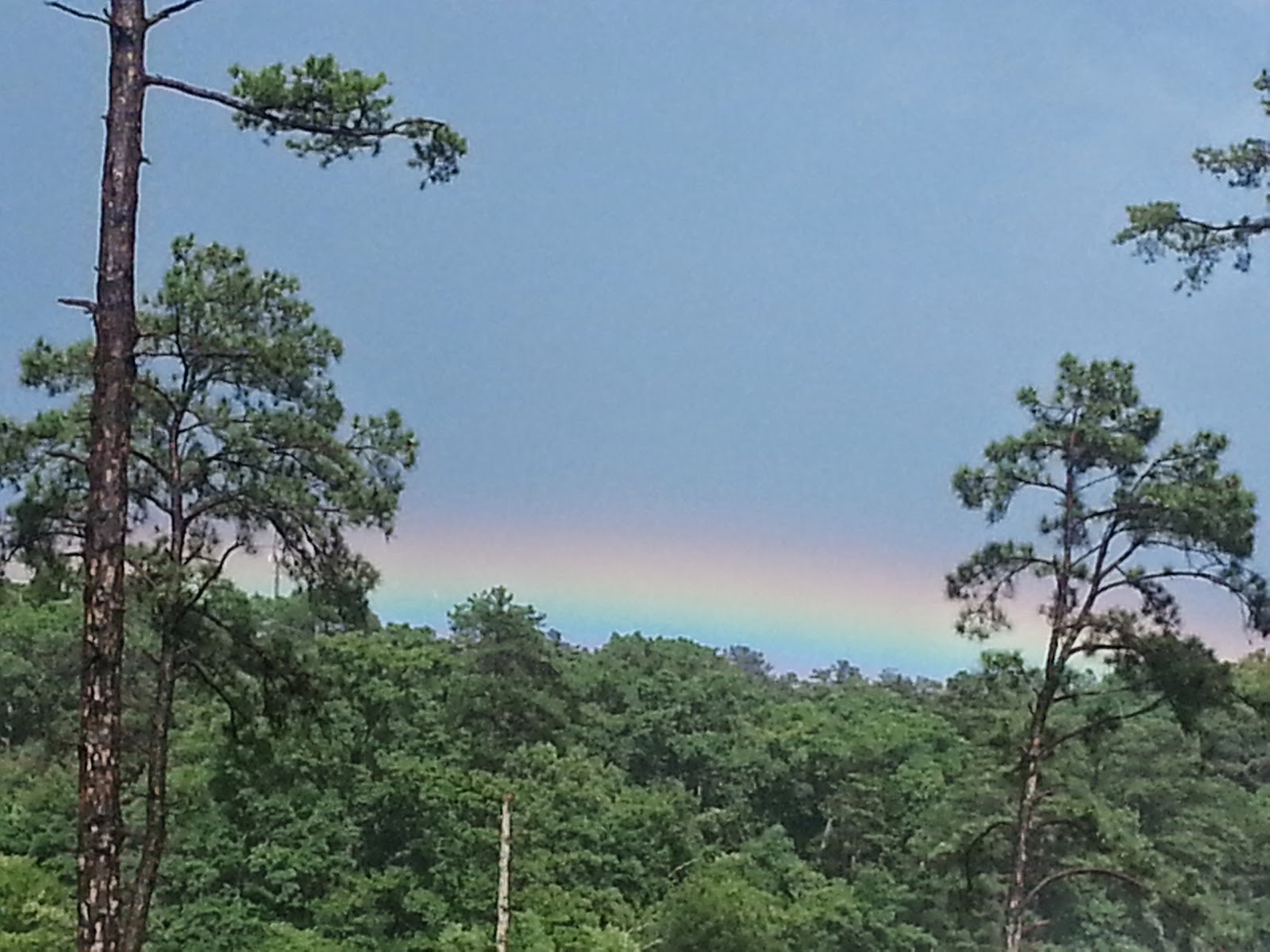