A little trip to Ninety Six and lunch with friends!


We recently heard about a town called Ninety Six, SC,
and decided to take a ride to see what was there.
Boy were we pleasantly surprised.
It turns out that Ninety Six is where two Revolutionary War
battles were fought. Over 100 lives were lost during that time in June, 1781.
Ninety Six was allegedly named by the Charleston traders because it
was the estimated remaining miles to the Cherokee village of Keowee. 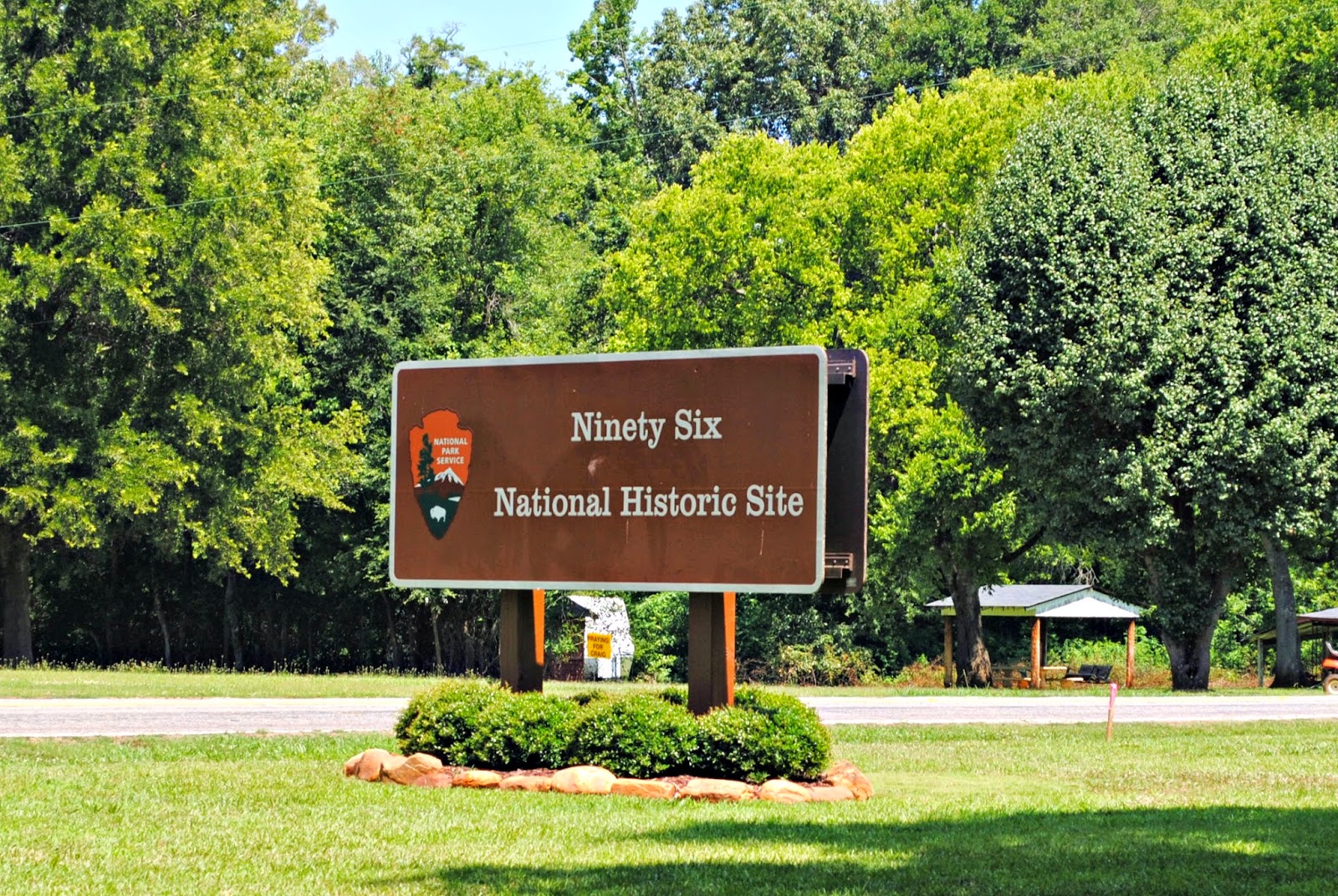 We first went into the visitor center, and watched the short movie
"Crossroads of the Revolution", which told the story of how the fort came to be. 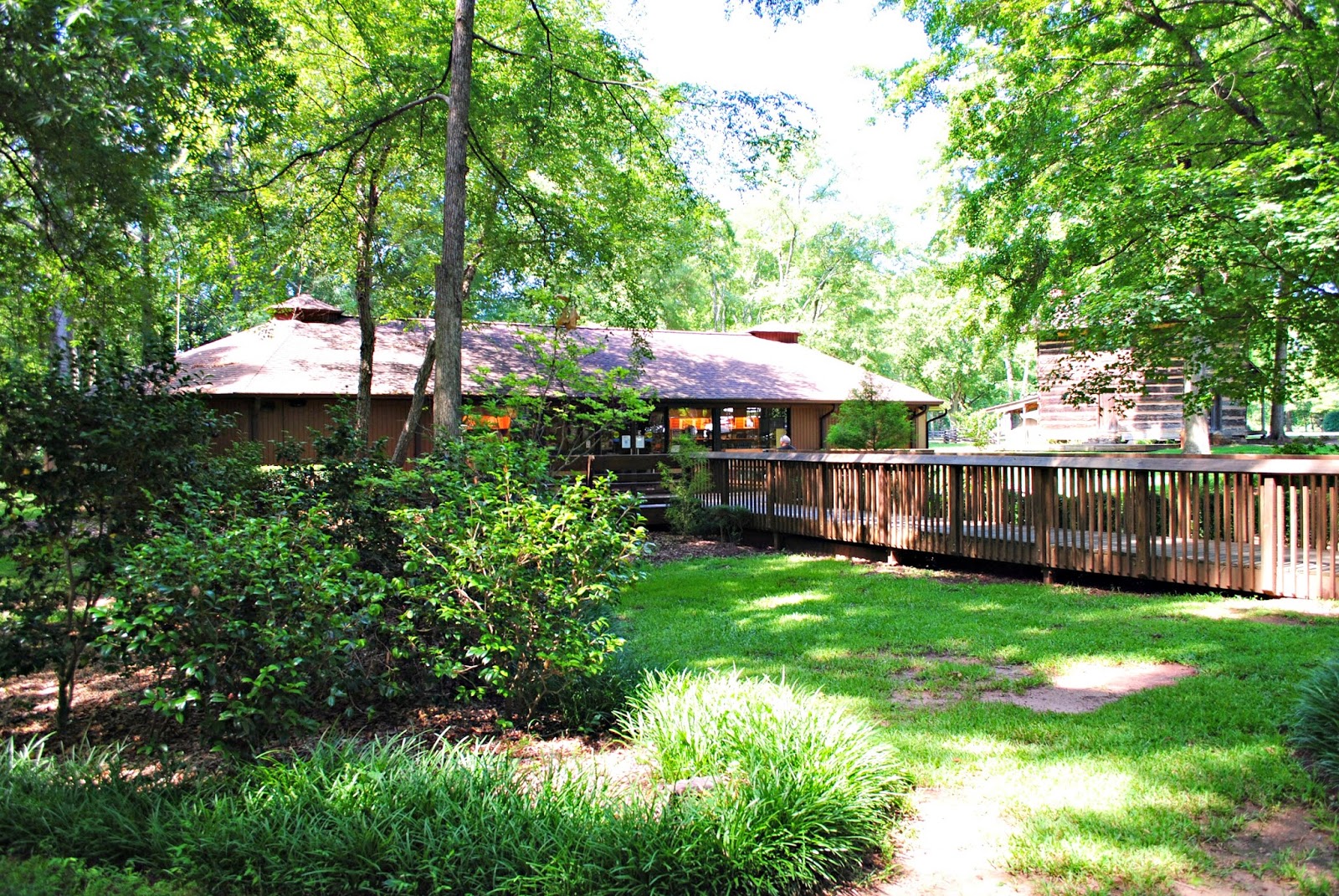 There was great information on the settlement and battles as well. 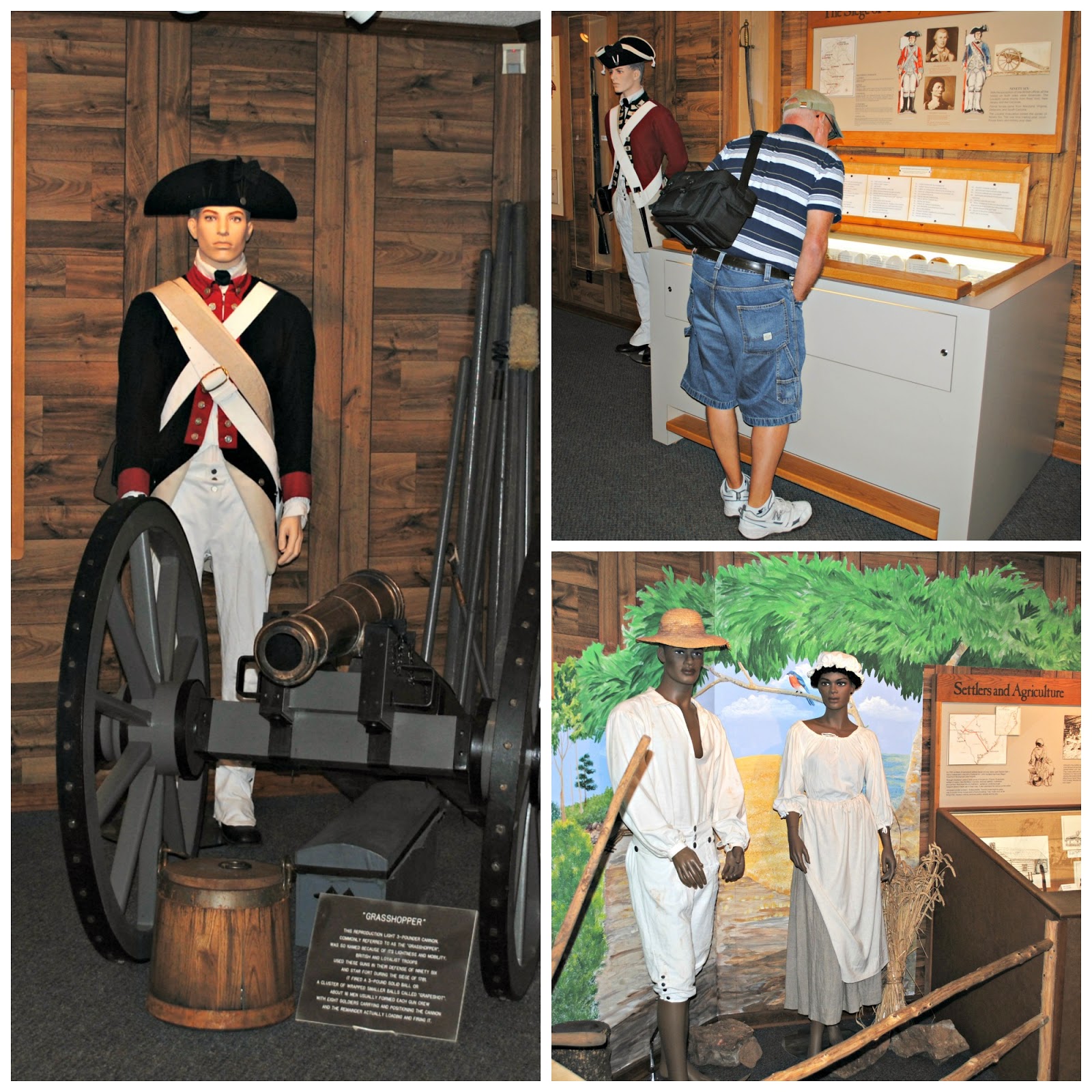 There is a terrific one mile paved walking trail that winds around
the grounds where Star Fort, and the original settlement of Ninety Six sat. 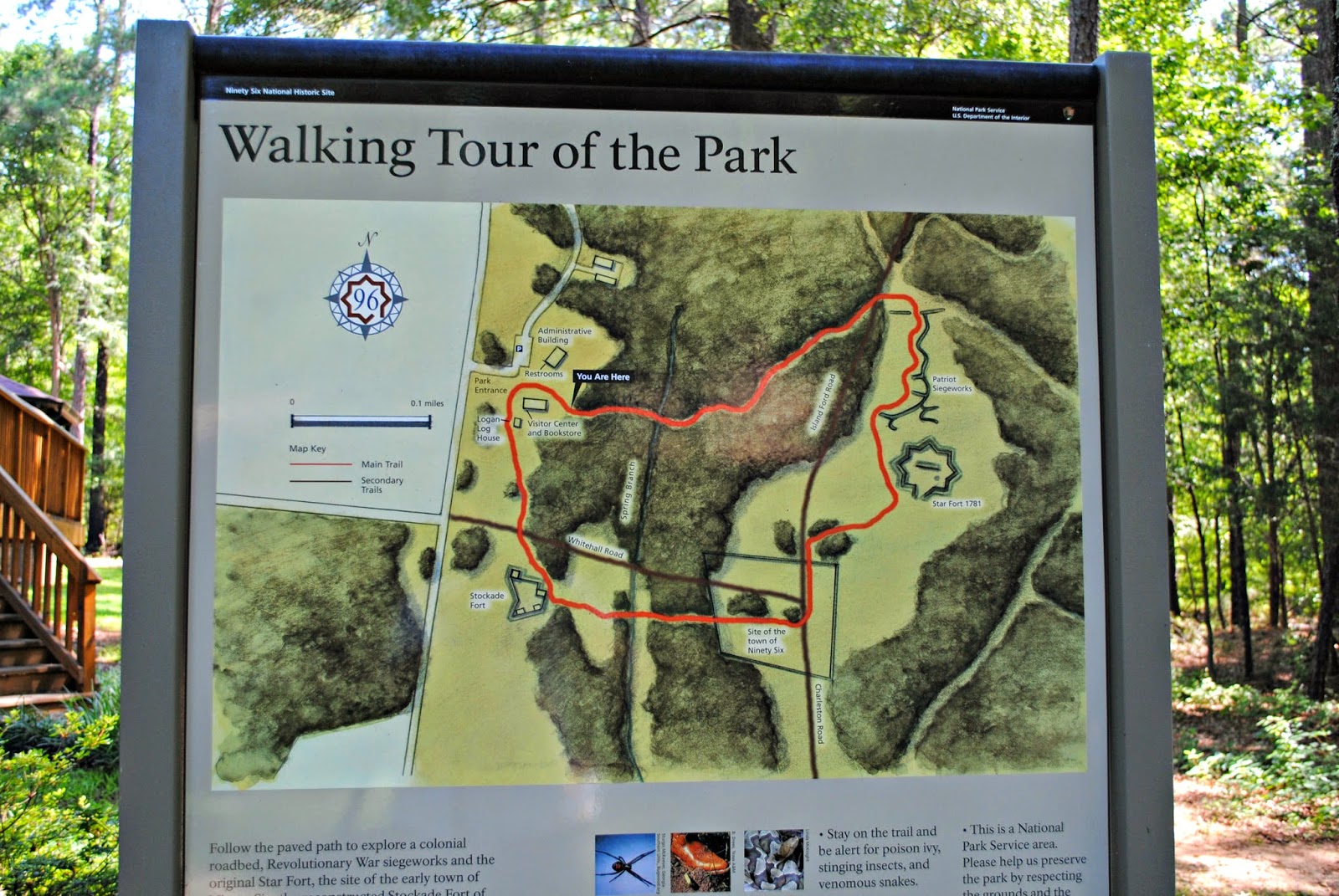 The fort itself was constructed in the shape of a star,
with earthen walls and sandbags on top of that.

There was a two story tower to climb up to get a better vantage point. 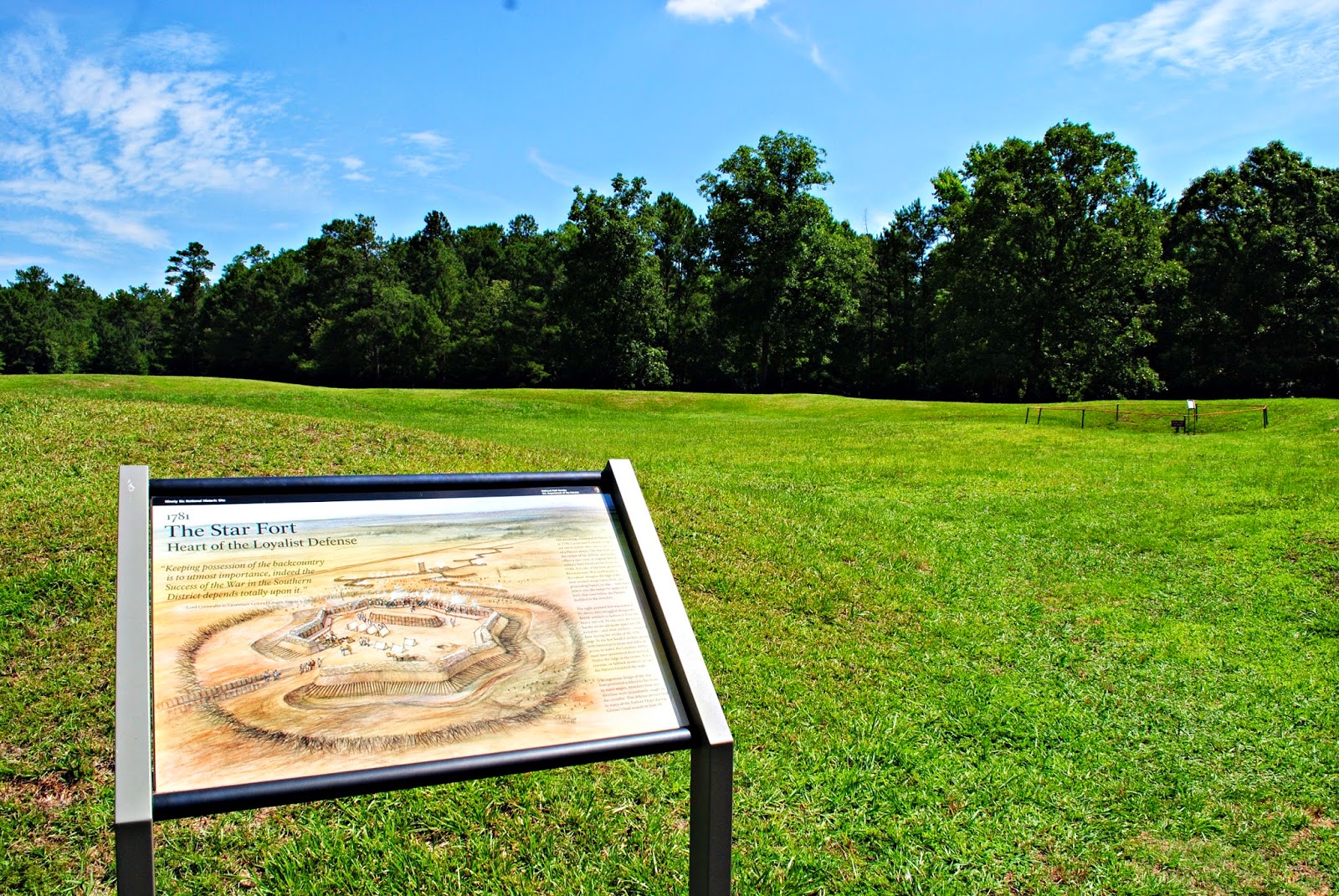 Unfortunately, time and weather have eroded the walls,
so there are only a small indication of what was once there.

The settlement of Ninety Six was burned down by the British. 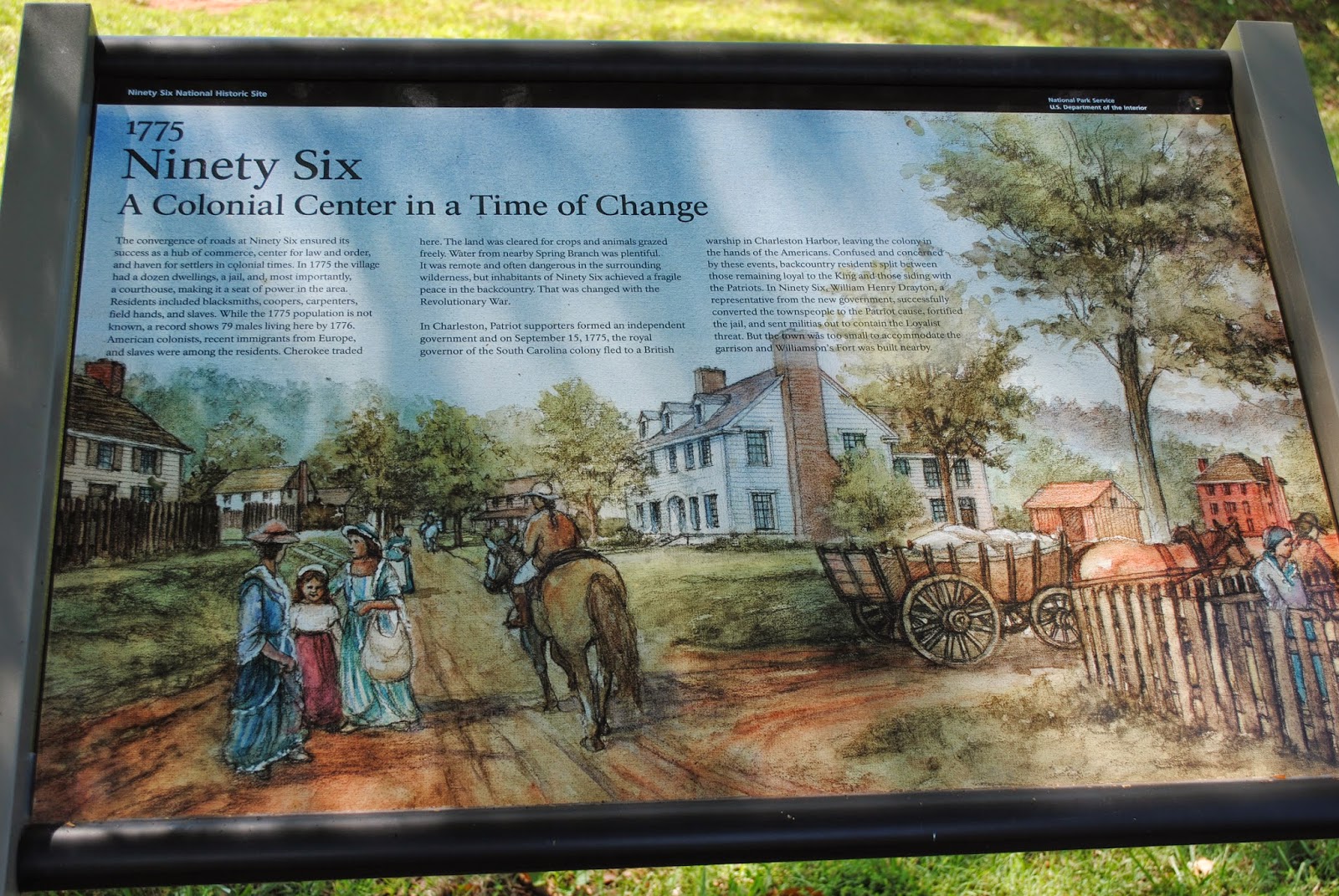 The outline of the settlement is marked by signs..

There was a stockade fort built around James Holmes home to protect the water supply. 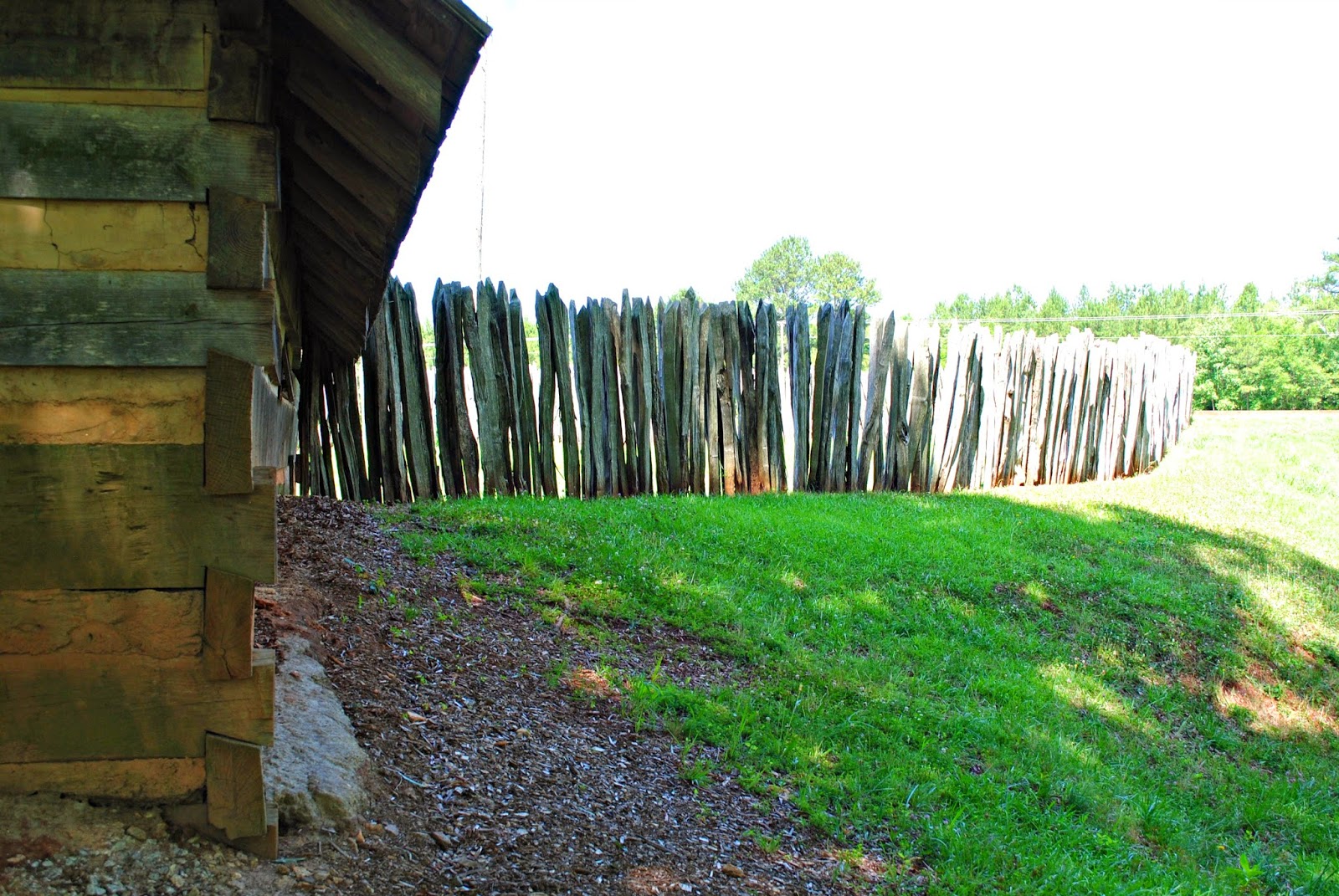 After our nice walk and tour of the grounds,
we made our way to Batesburg-Leesville, SC
to meet up with Paul & Marti!
They are currently staying near Columbia by their daughter's home. 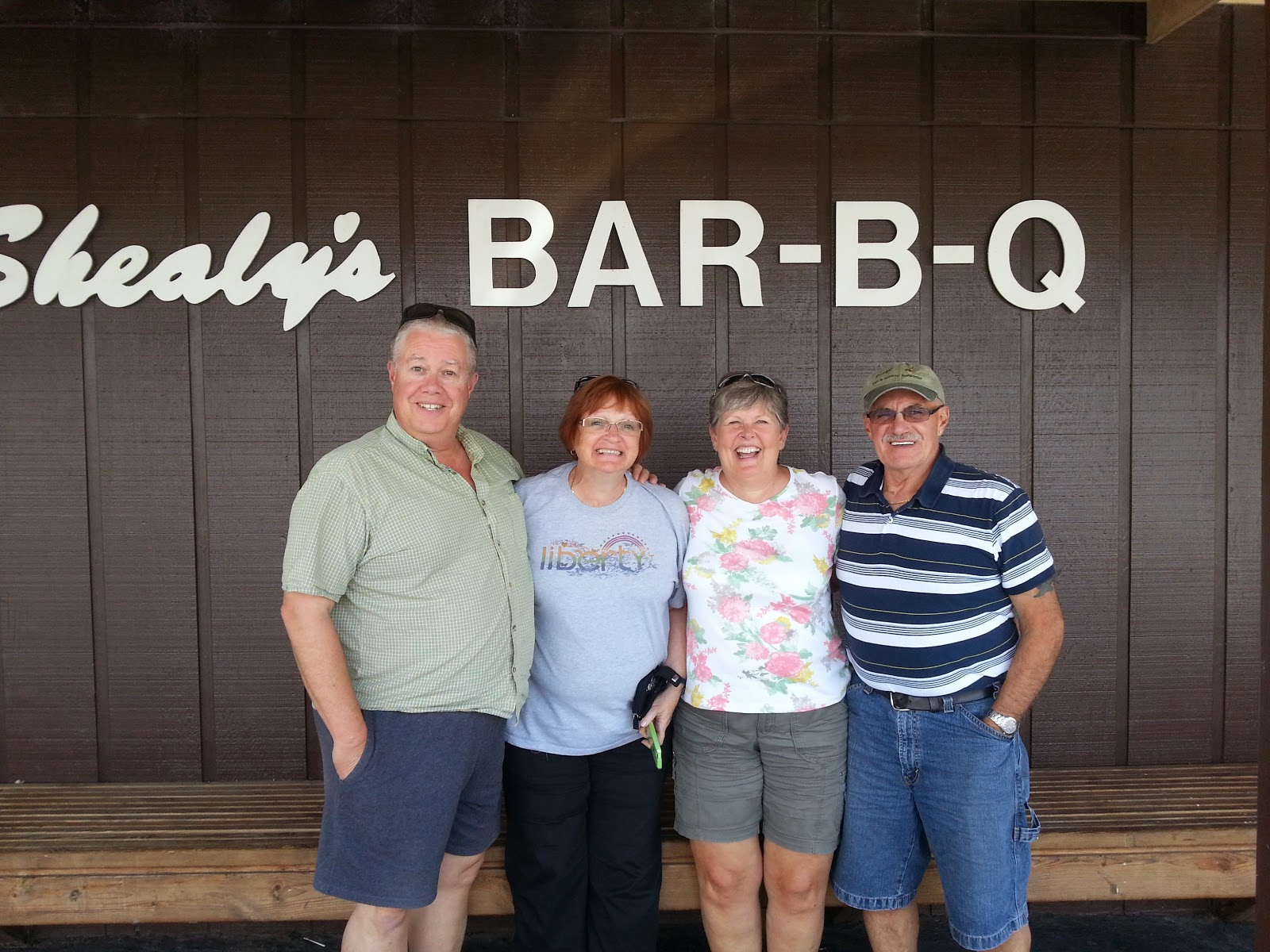 They picked a great place halfway between us,
Shealy's BBQ.
It is a great BBQ buffet restaurant,
and we enjoyed both the food and company.
I'm sure we'll meet up again sometime!