We will be sad to leave this beautiful area.
It certainly has felt more like a vacation to us here,
exploring Savannah and the surrounding areas.

Today we joined Paul & Kathy once again,
and went to Fort Pulaski.
We used our senior passes to get in free,
and also got our National Parks passport stamped as well!

Fort Pulaski was completed in 1847 and was under the control
of 2 caretakers until South Carolina seceded from the US
and set in motion the Civil War around 1860.
Following the secession of Georgia in February 1861,
the state joined the Confederate States of America.
Confederate troops then moved into the fort and prepared for possible attack. 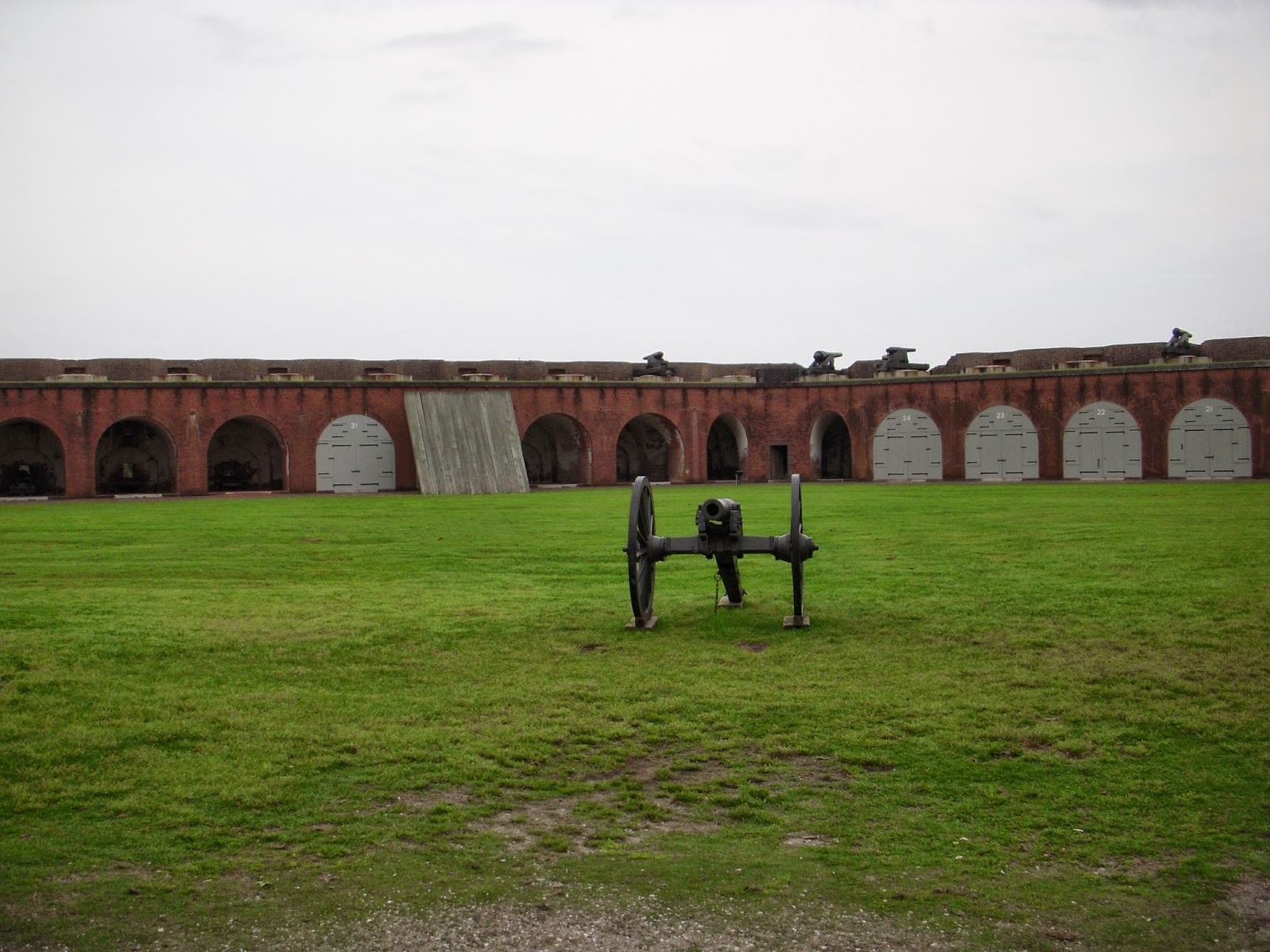 There's a moat around the fort, which sits on Cockspur Island,
across a channel of the Savannah River from Tybee Island. 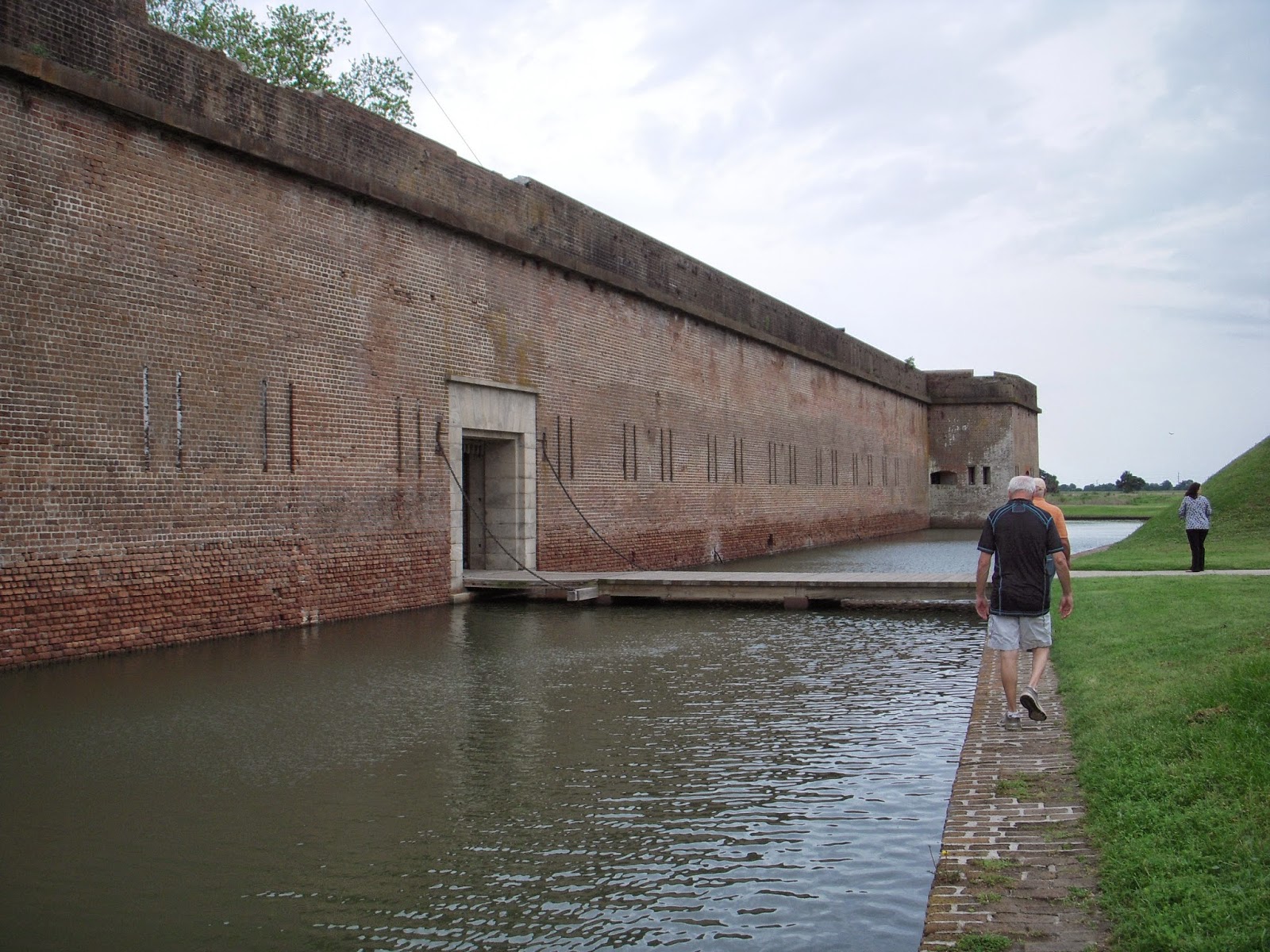 Of course there are a lot of cannons..
and one of the first rifled cannons as well. 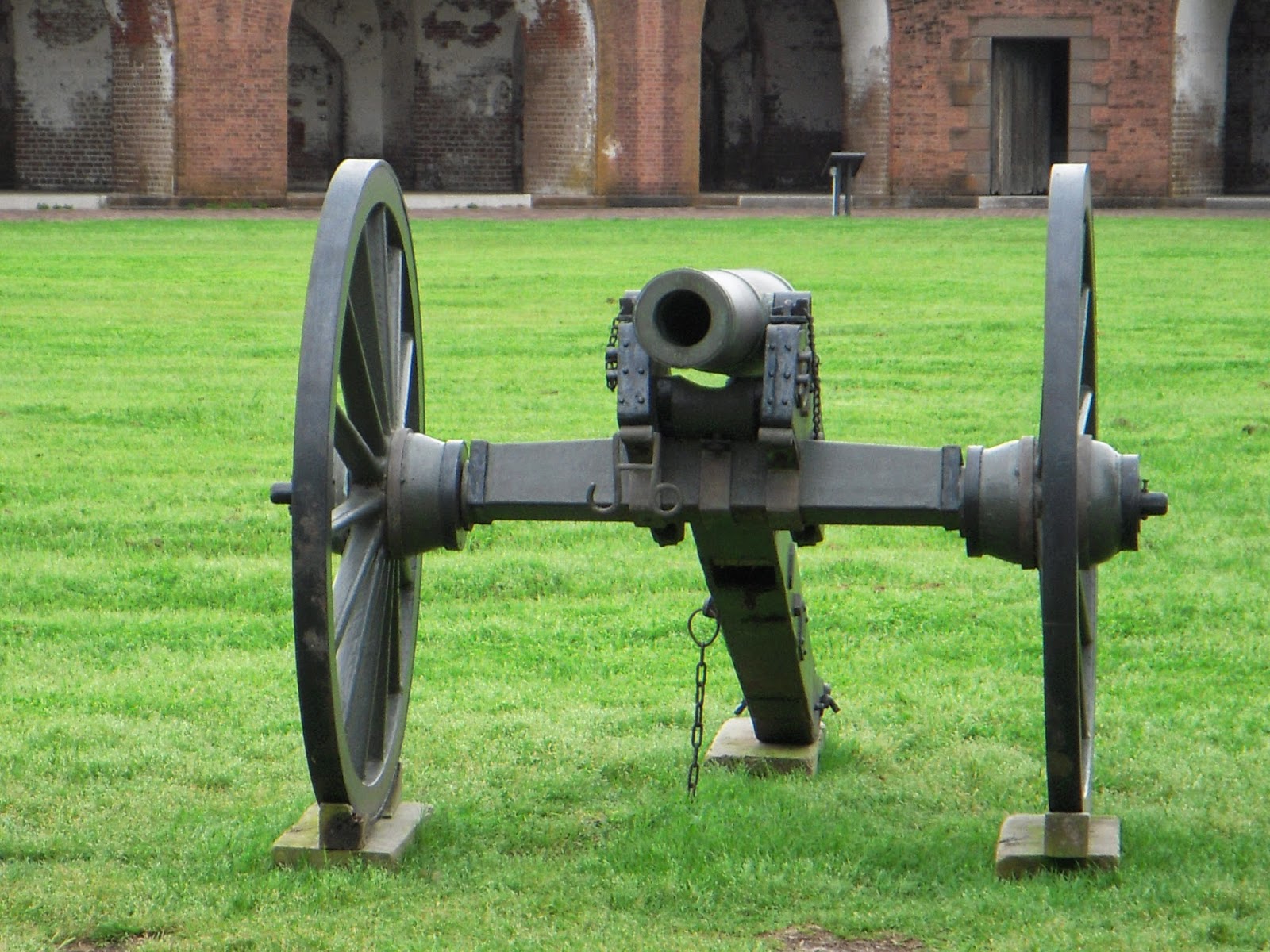 George got to check out the powder kegs too..
and I think he thought it was a nice wine cellar :-) 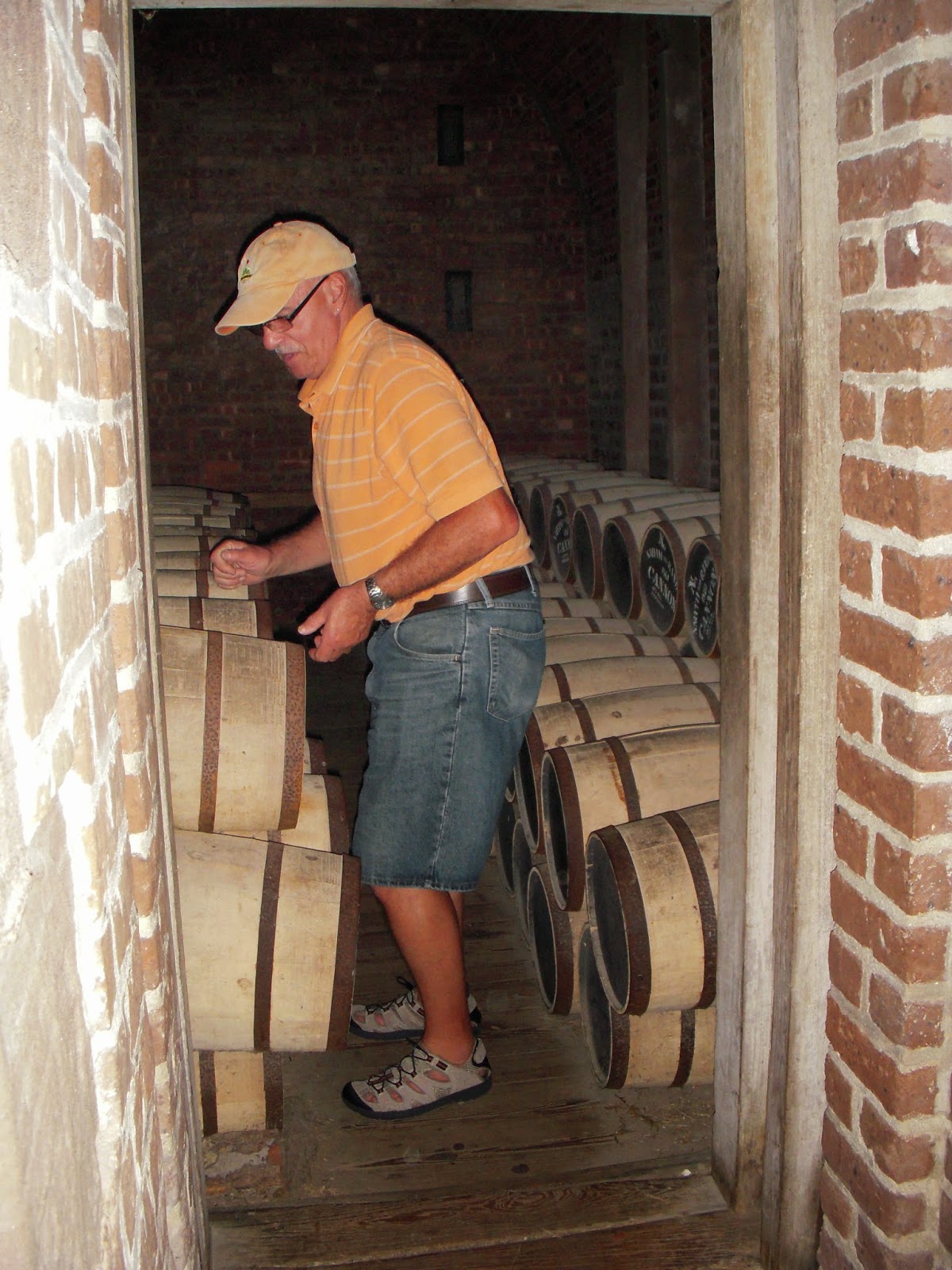 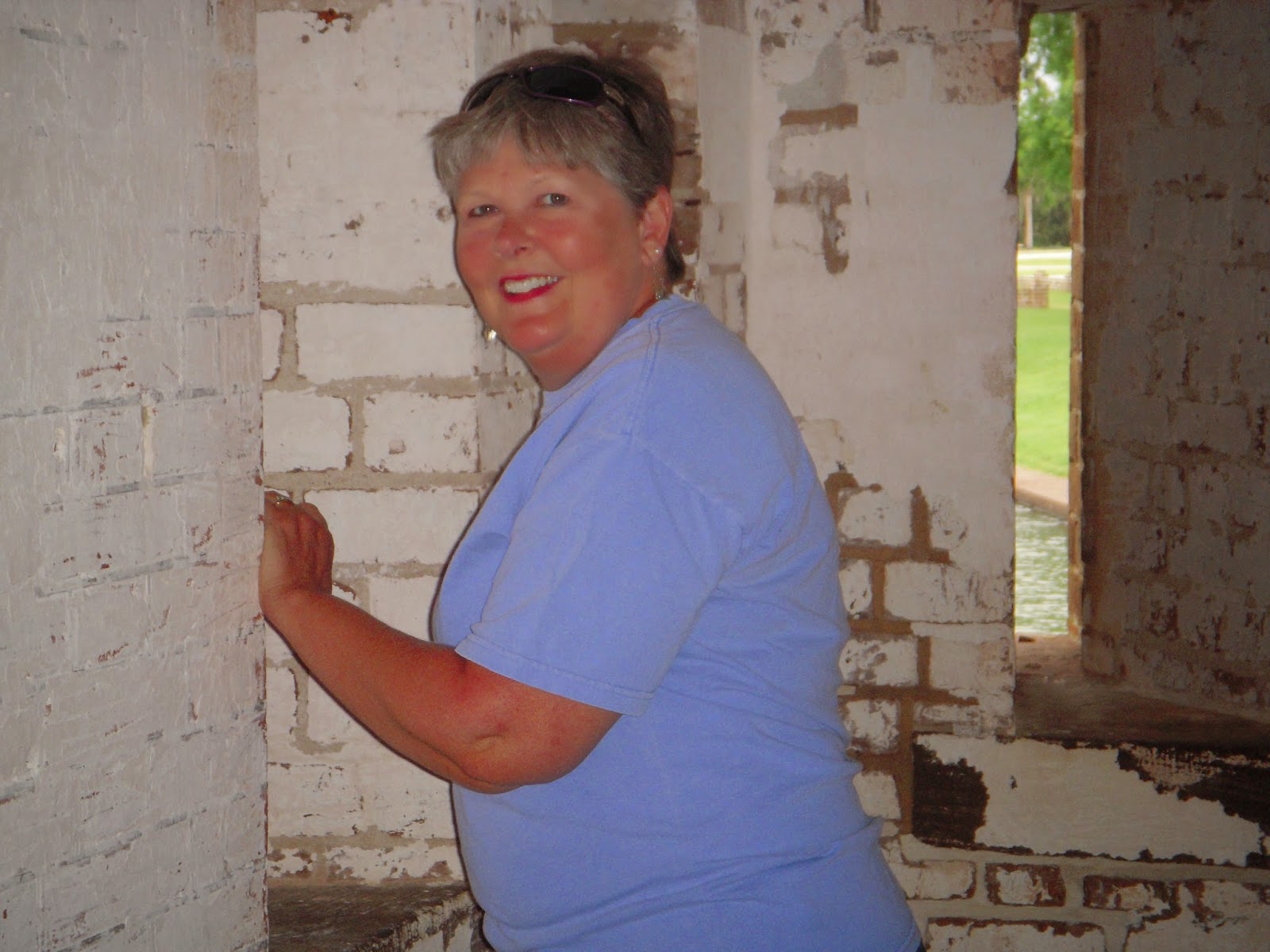 The views from the top were fantastic! 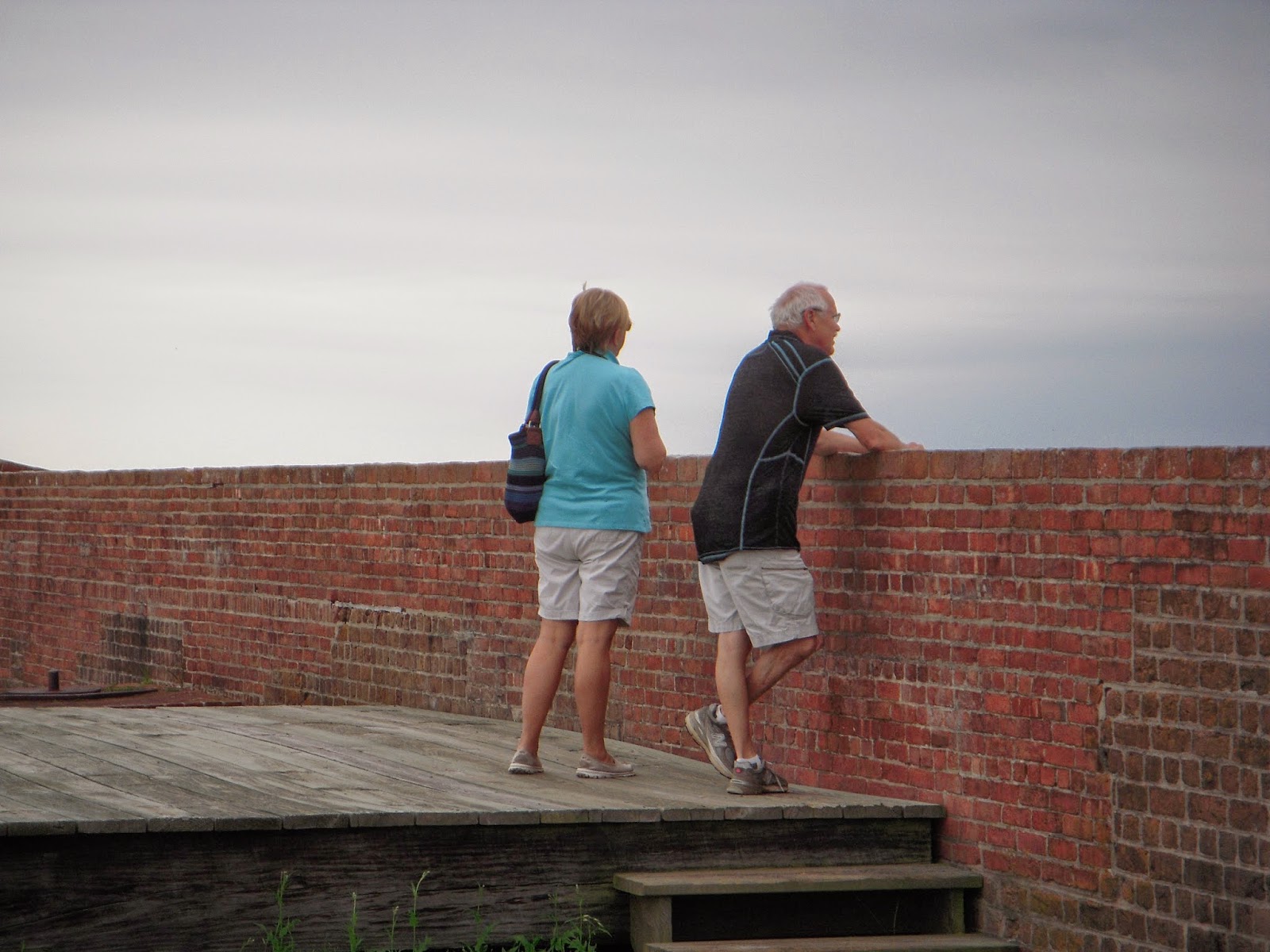 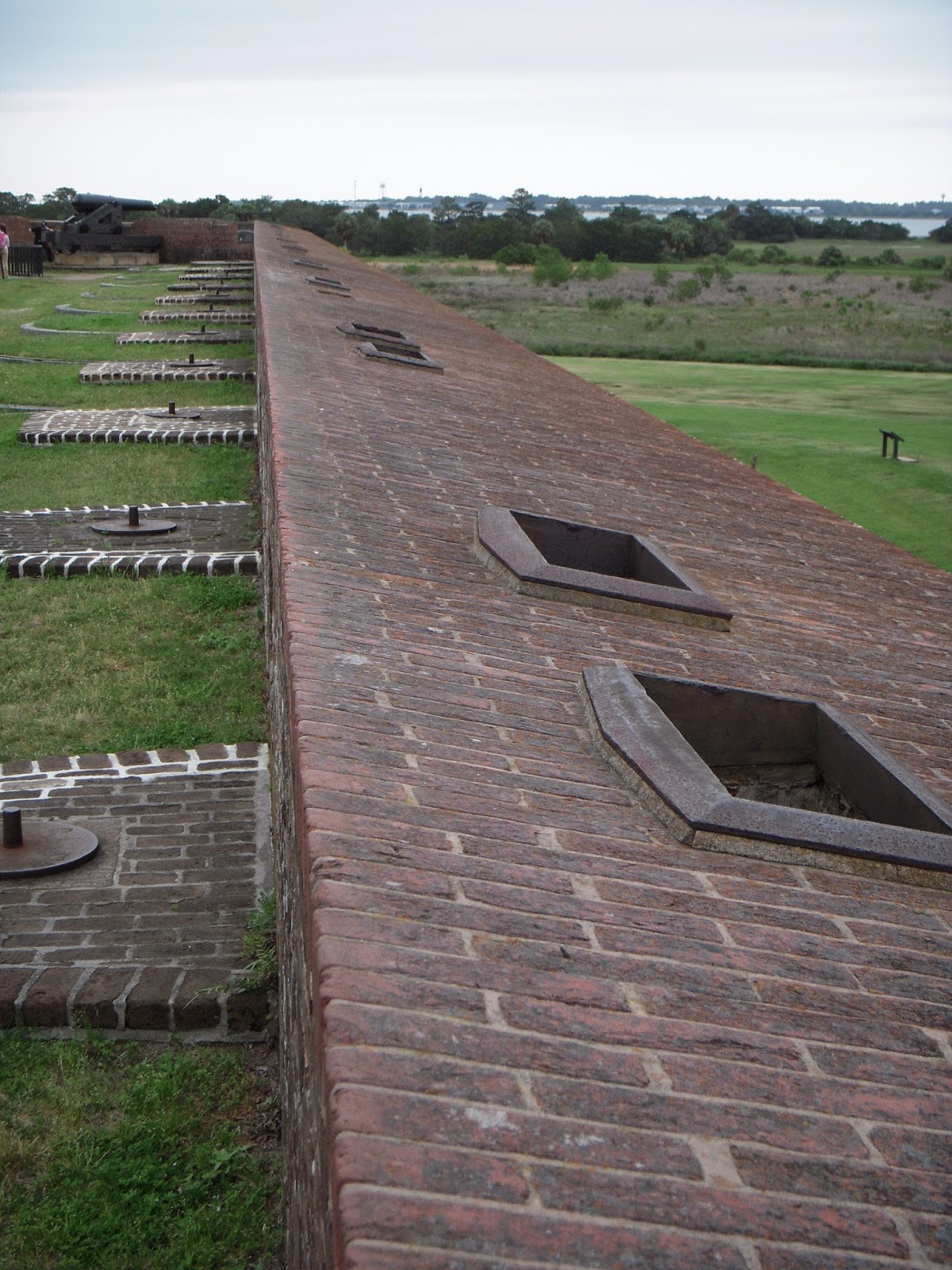 There were two beautiful pecan trees,
and one huge fig tree. Once we had our fill of fort stuff,
we headed toward Tybee Island.

The car made a sharp turn towards
The Crab Shack 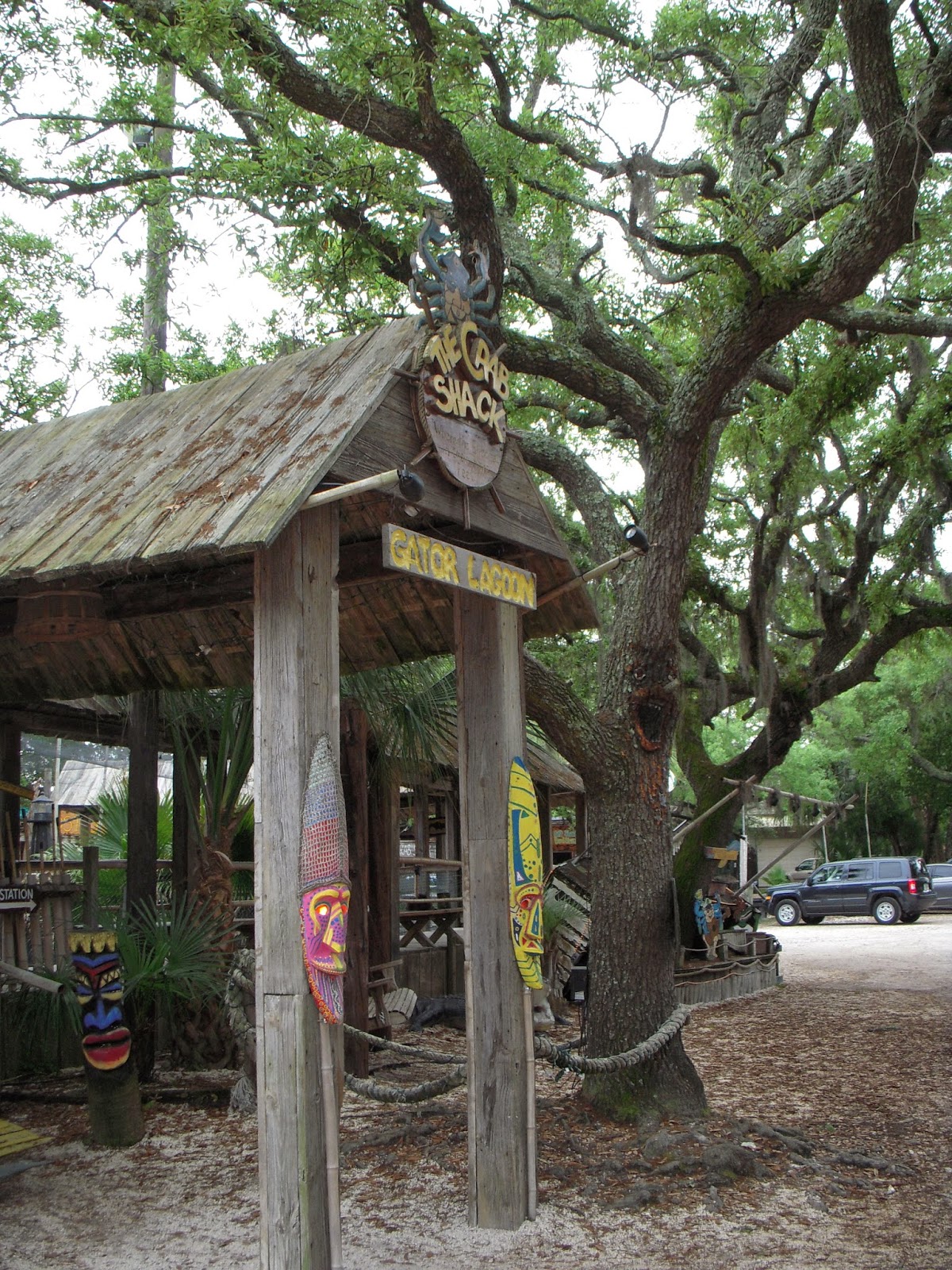 What a great place!
We opted for something small,
I had deviled crab salad & clam chowder.
George had a chili dog :-) 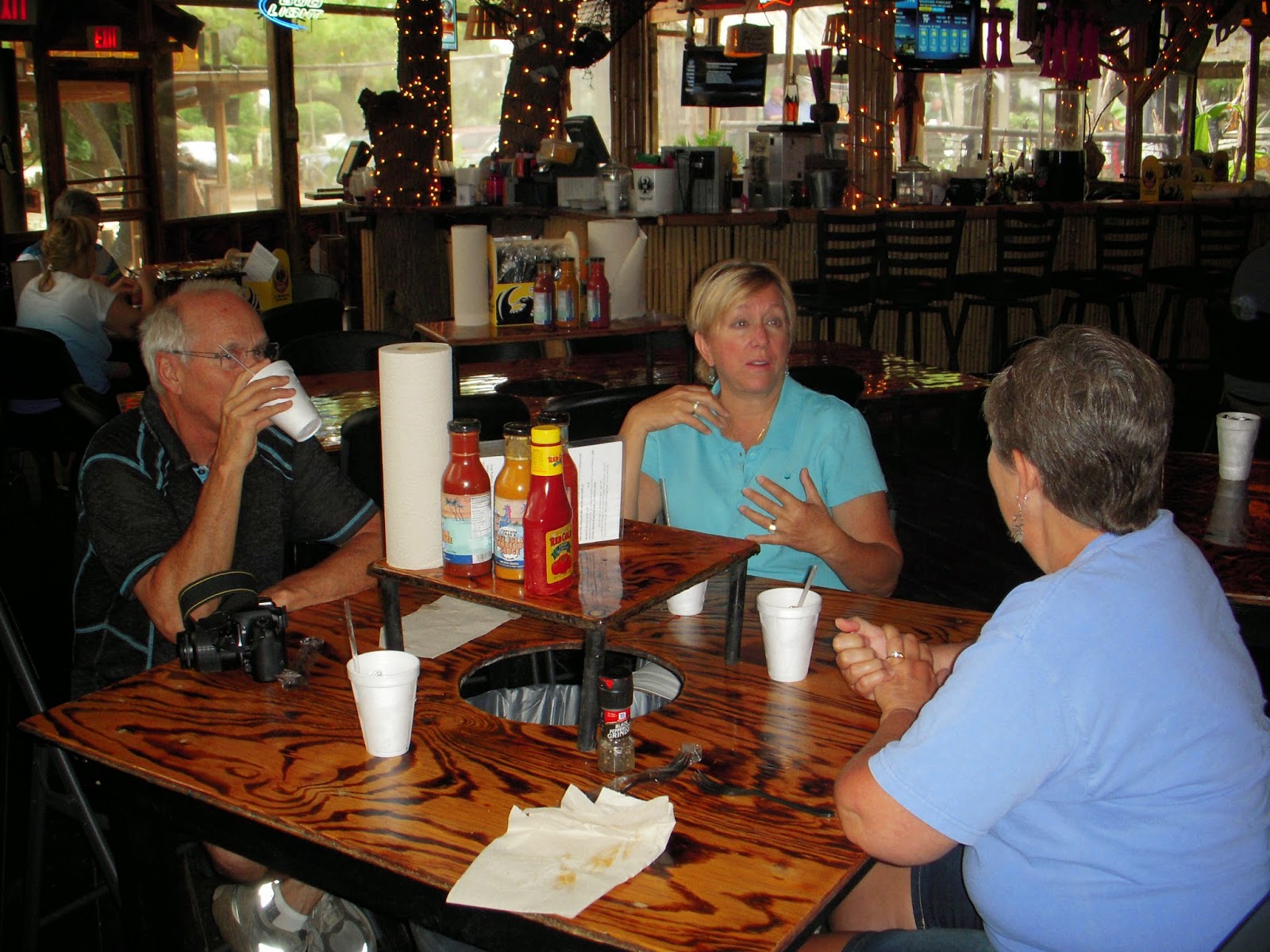 They had some cute little alligators outside.. 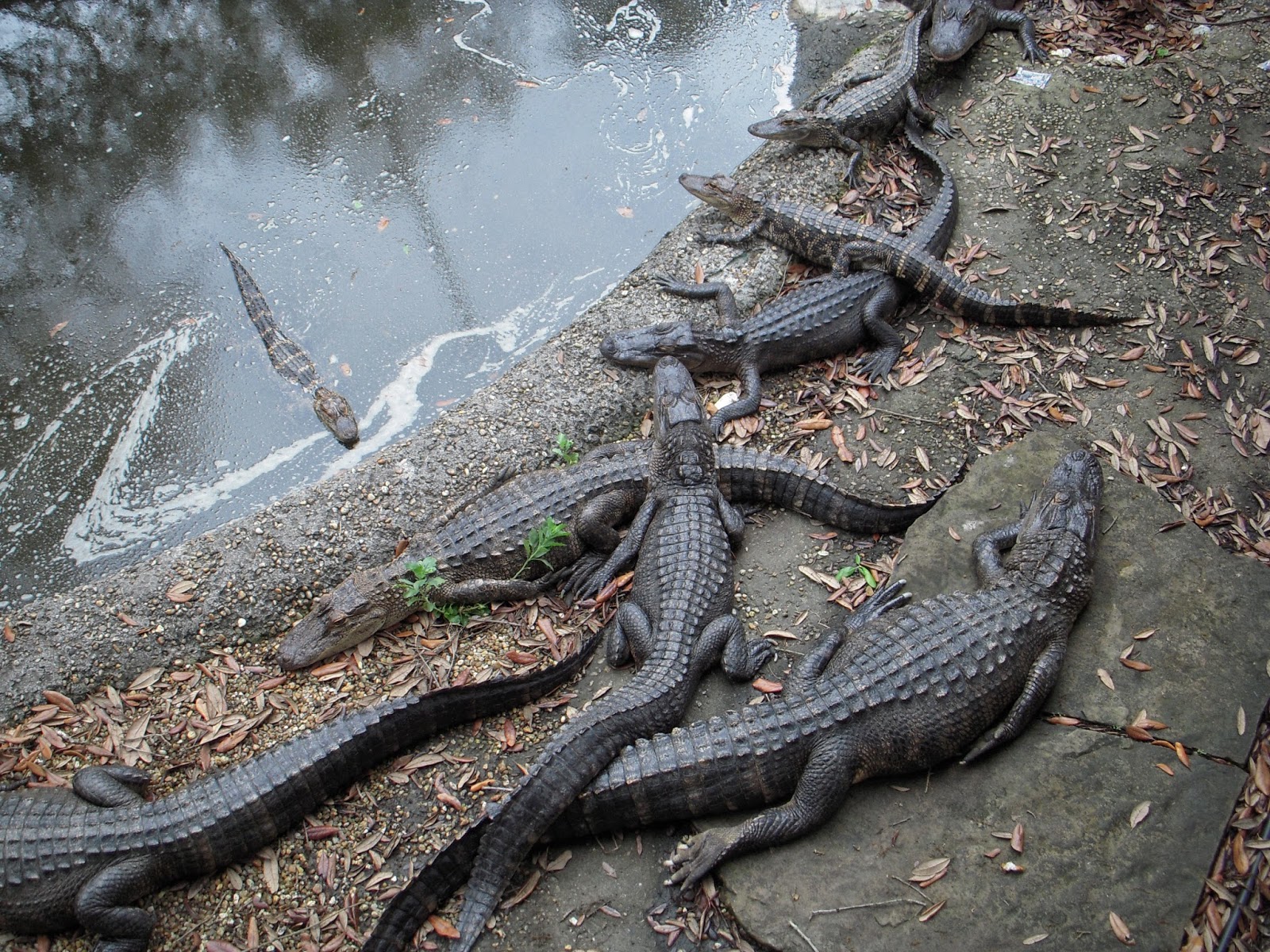 The four of us explored the beach a bit.. 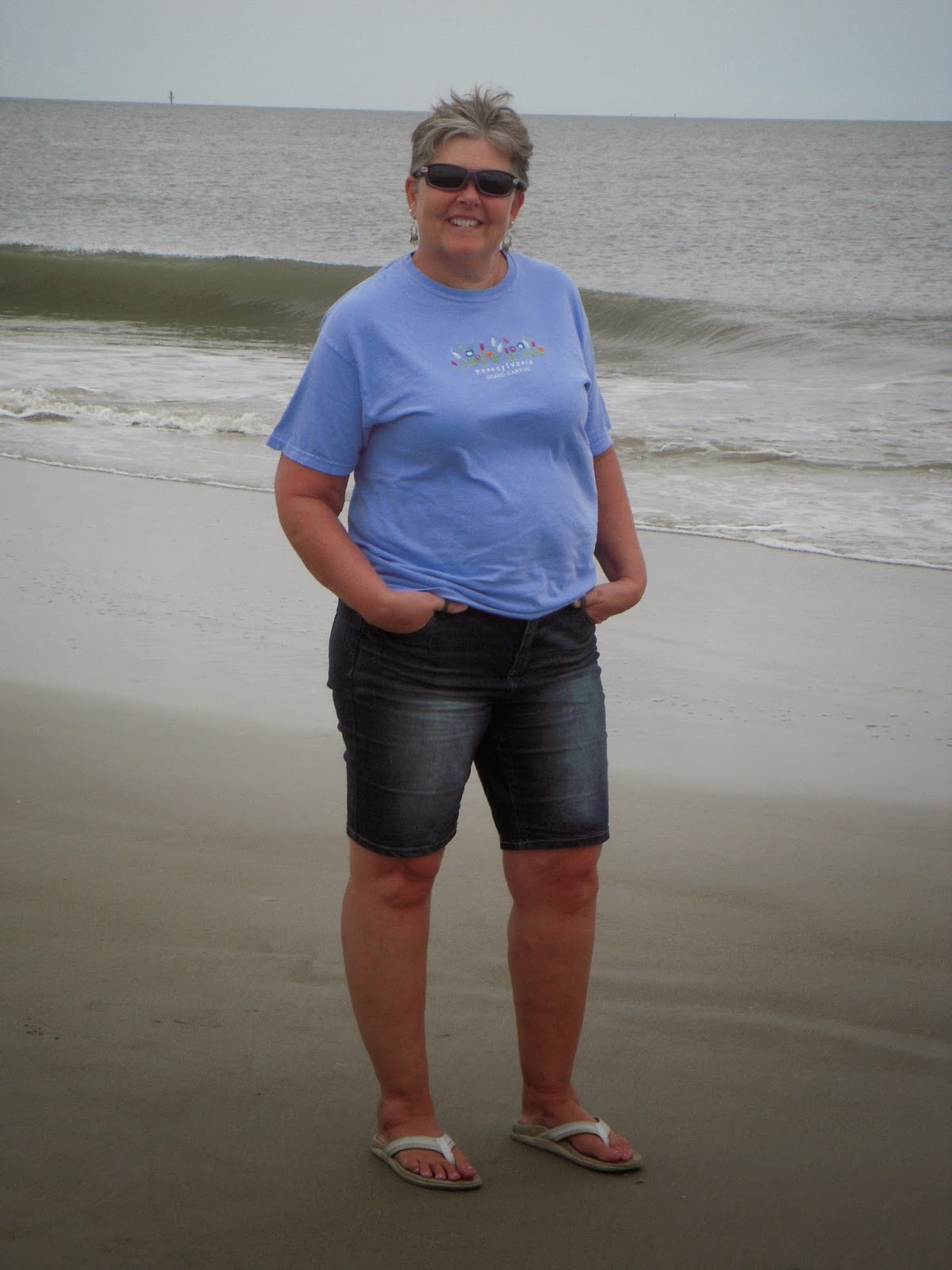 Then it was on to the lighthouse!
We paid our senior rate of $7/person,
not bad to climb the 178 steps to the top. 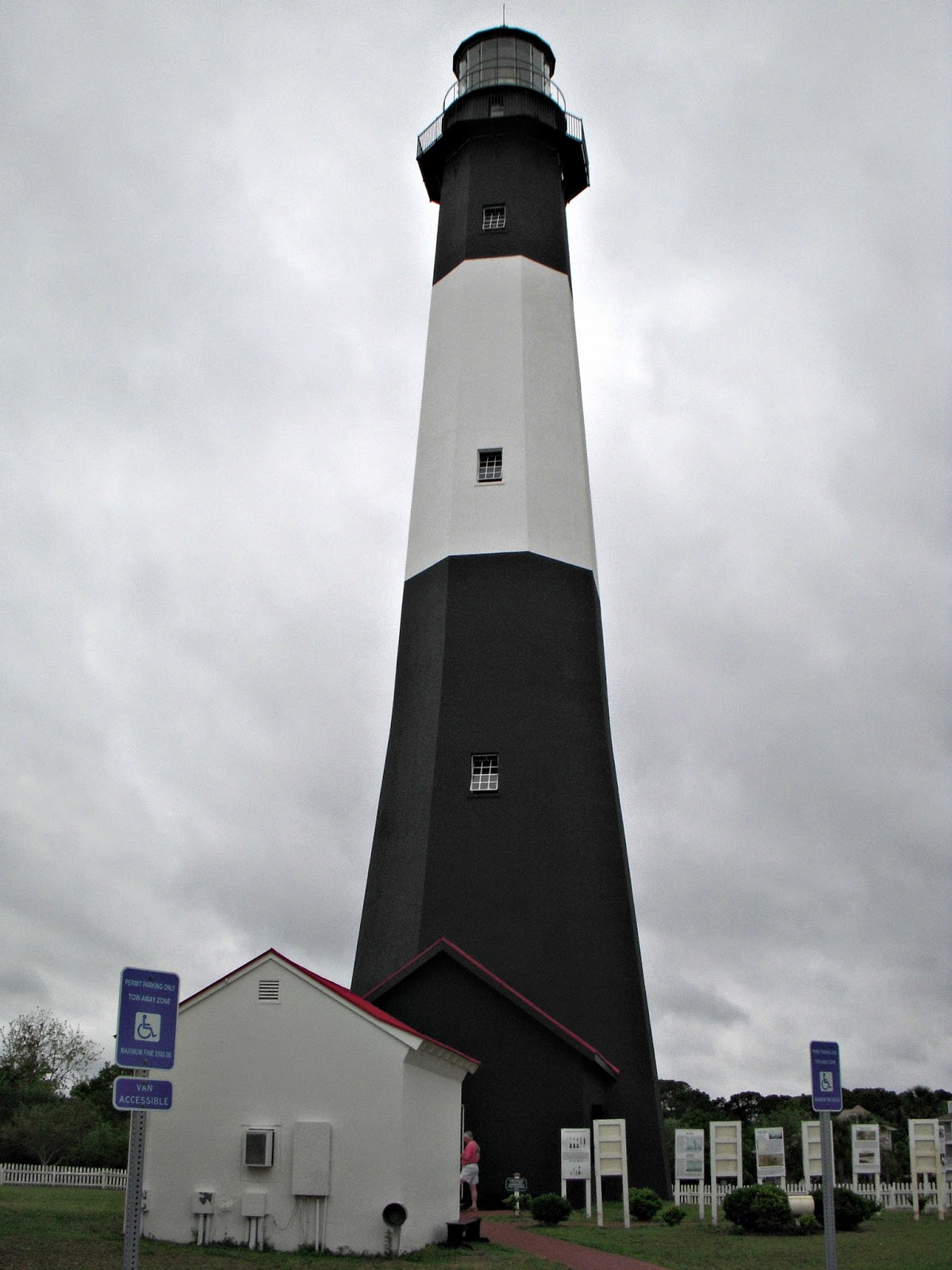 Of course the views from up there were terrific! 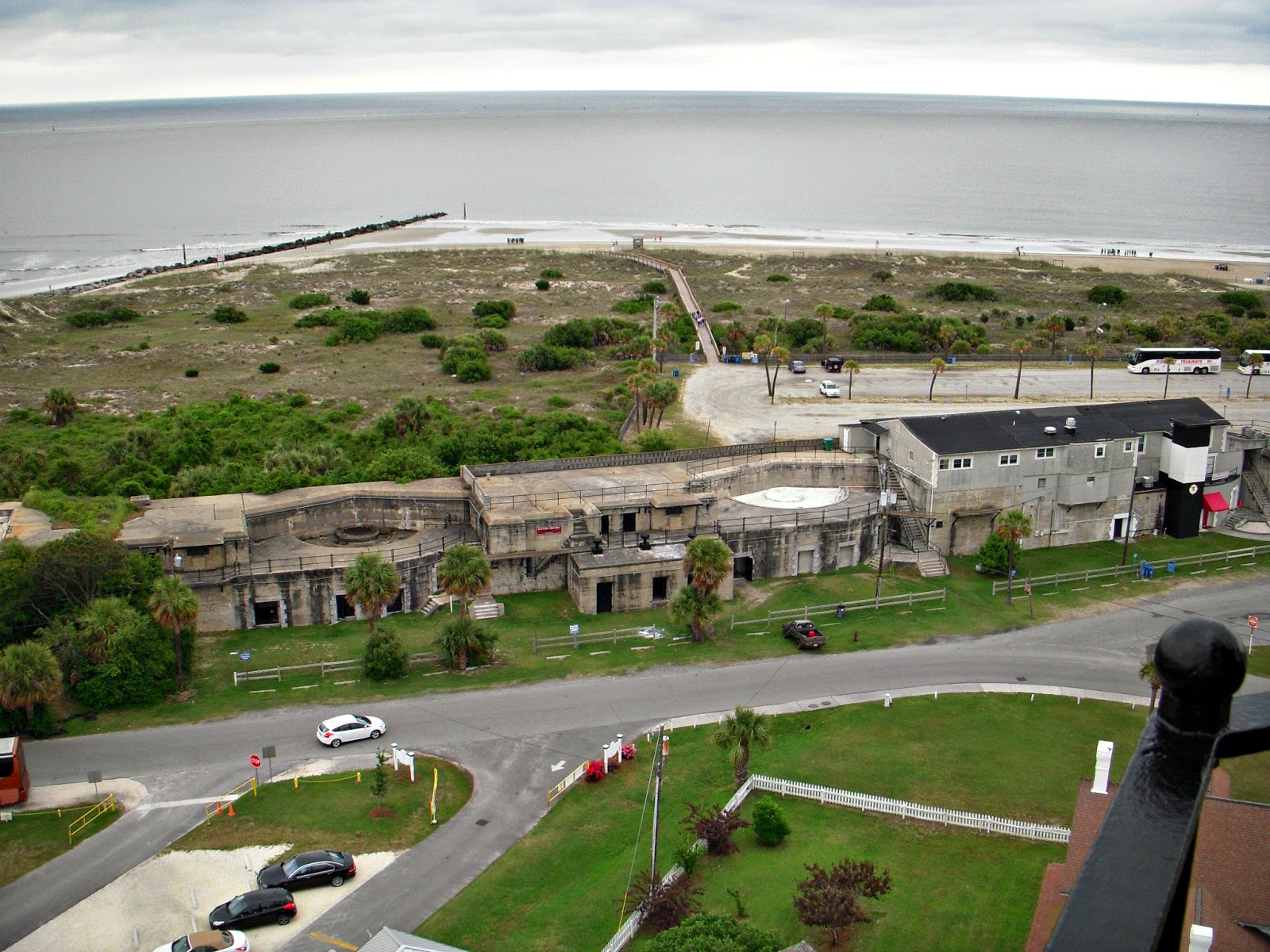 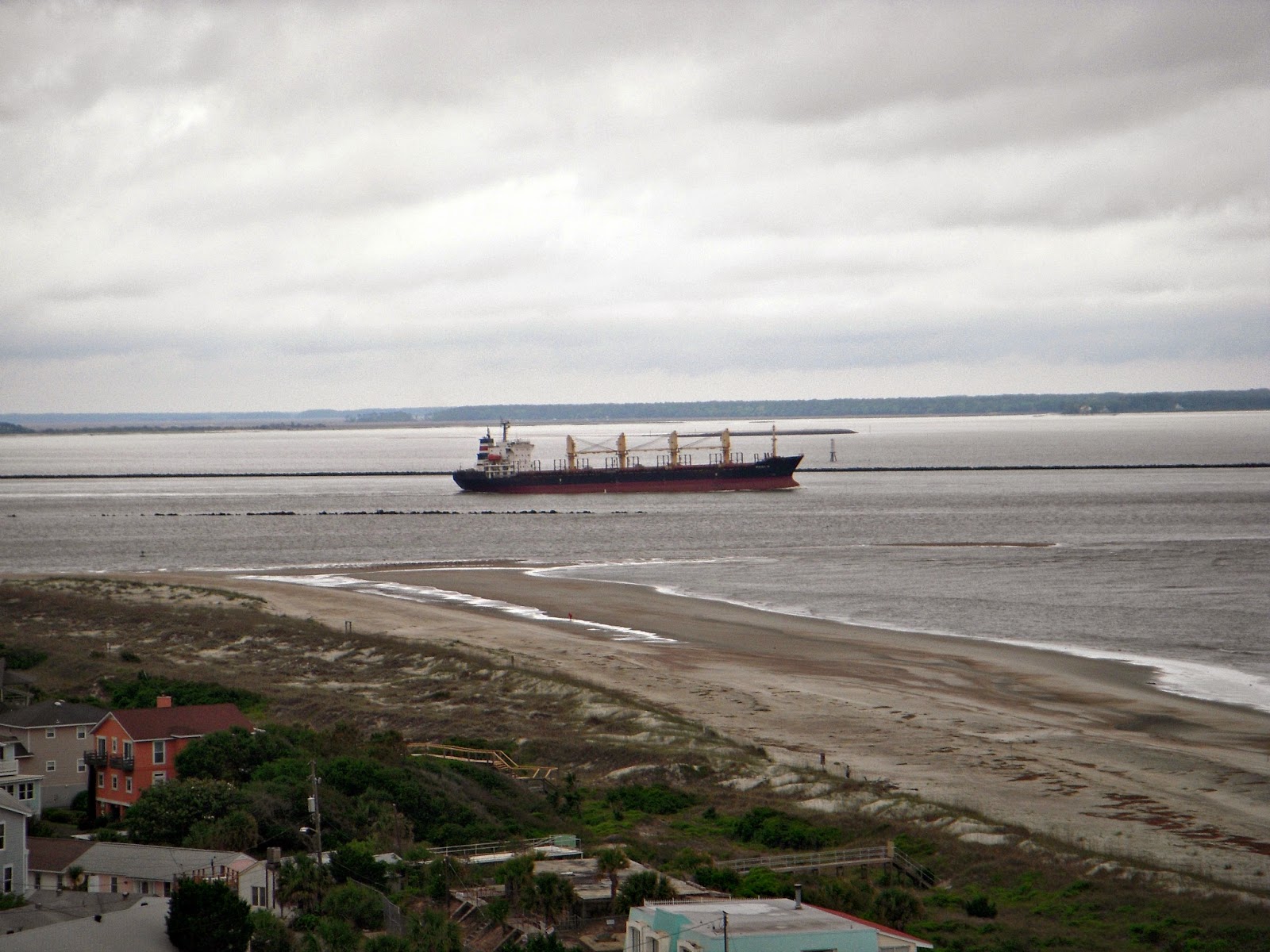 The Fresnel lens has two 1,000 watt bulbs.
When one burns out the light automatically switches over to the new bulb. 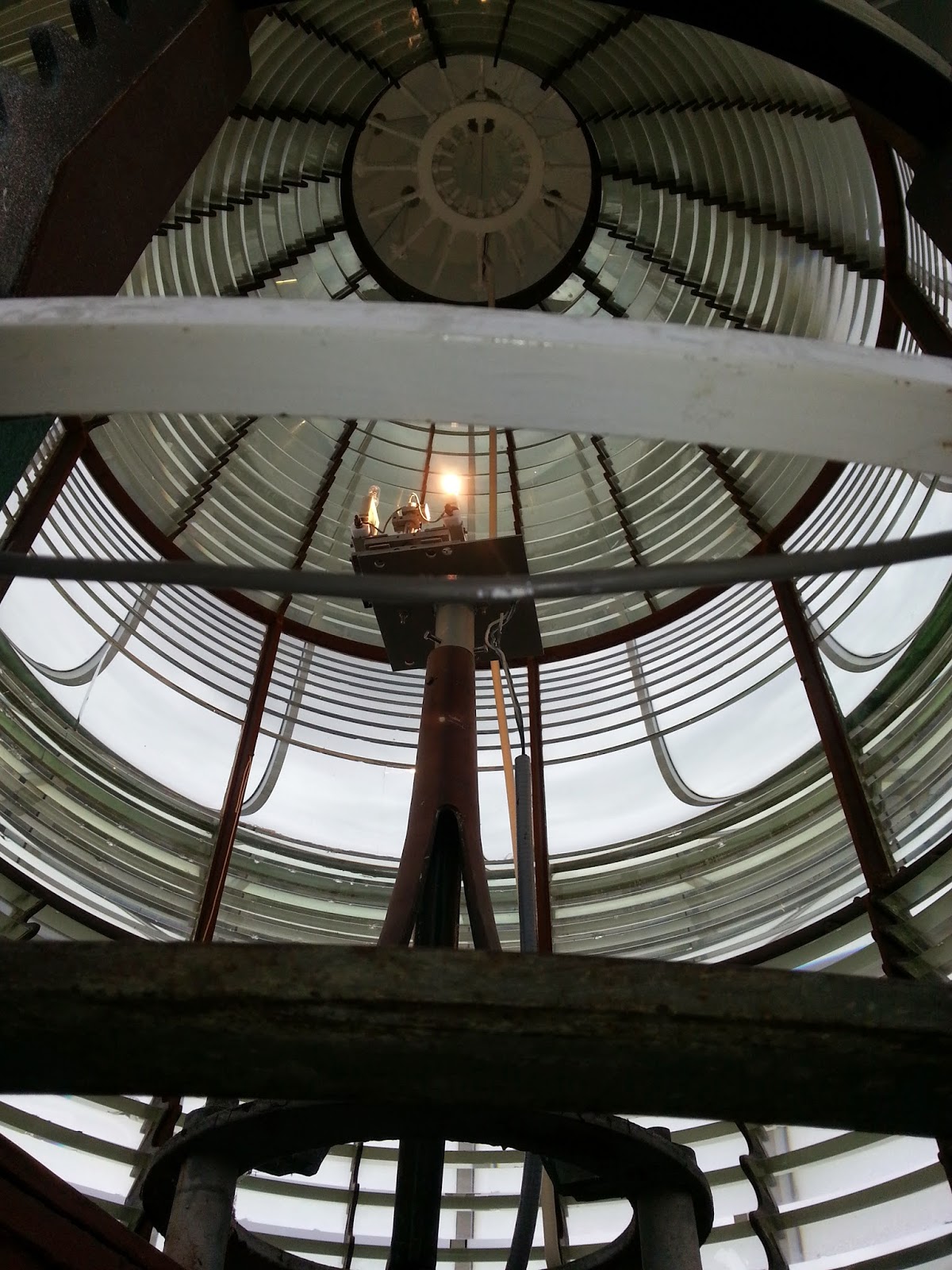 I also learned that lighthouses have different 'day marks',
meaning the black and white markings in different places.
The mariners recognize a lighthouse during the day by
its paint pattern. 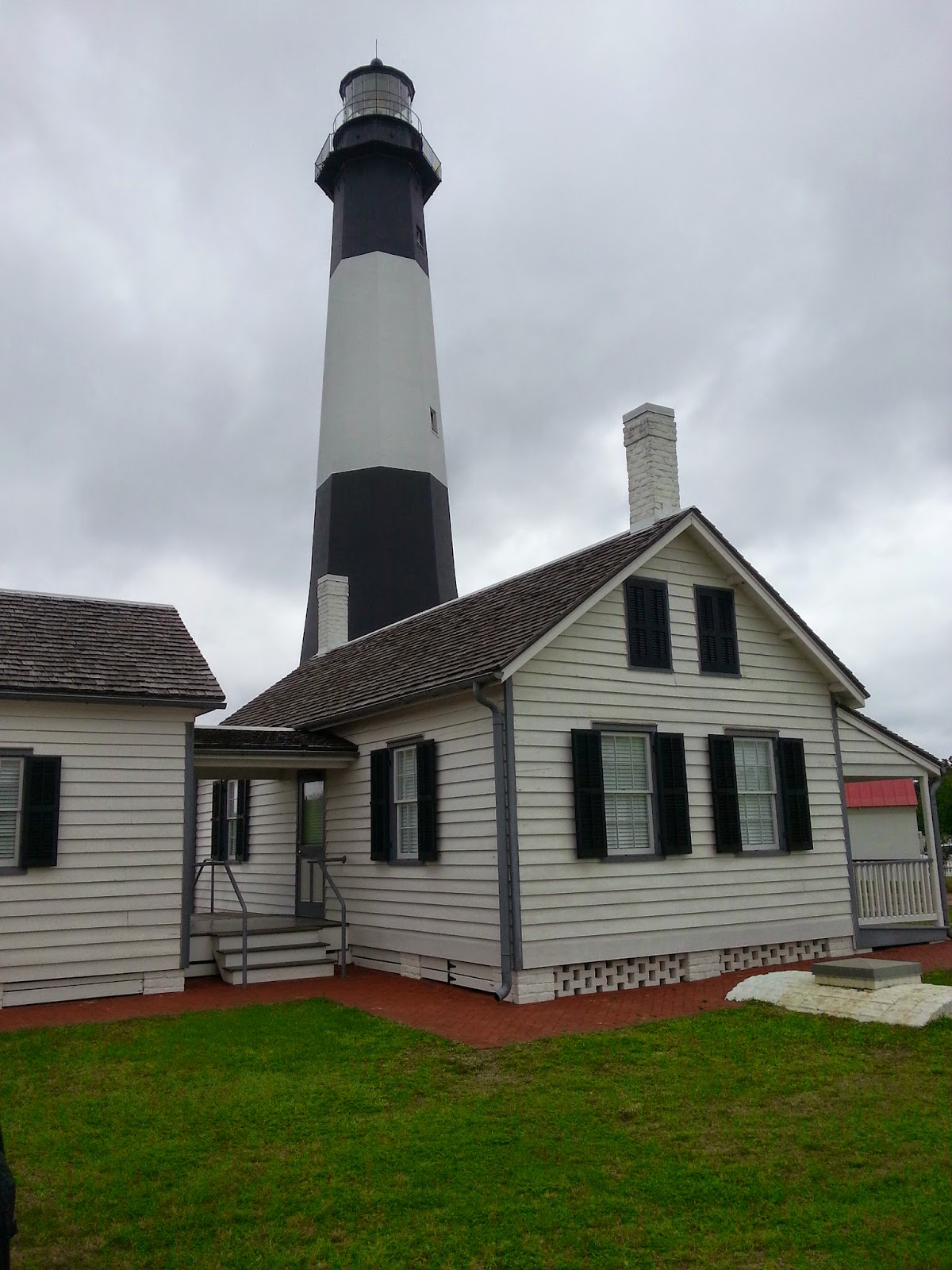 We had a great time,
but we will be leaving tomorrow
for our new workamping job
in Modoc, South Carolina.
George and I will definitely miss Paul & Kathy.
We had such fun times with them the last two weeks!