We were just going to go take a look..

So we started off our Saturday,
much like every other Saturday.
Slept in a bit,
had our coffee, breakfast..
computer time,
showers.
We took a ride up to
Wilkes-Barre.
Went to Sam's club,
bought a few things there.
Looked at the new
all in one computers.
We think one would be great for the RV.
Then we ended up at our local
Chevrolet dealer.
About a month ago we had been out
looking at trucks.
They had just gotten one in
on a trade-in....but..
we couldn't look at it
then because they were
still detailing it.
We basically had forgotten about it..
but this morning, the salesman
called us and said it was out on the lot
if we wanted to take a look.
So we did.
We took it for a test-drive.
What nice leather seats...
heated even!
Lotsa power..it's a
2006 Chevrolet Silverado 3500HD. 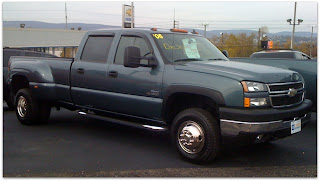 George picks it up on Monday!!
We think the color will go nicely with a Montana :)
We went out to Olive Garden to celebrate! 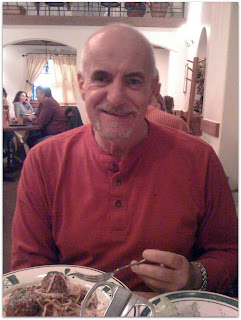 Today was tough for me.
But it was good as well.
George and I went to visit my youngest son, Austin.
He's 21,
lives in Philadelphia,
where he went to college at Temple U
for 2 years.
He worked at a coffee cafe
until just recently.
He met a nice girl named Natalie.
She's terrific!
They are moving to Loveland, CO
to live in Natalie's aunt's house.
They'll be able to save some money
after they find jobs.
I'm sad, but glad that he's
leaving Philadelphia.
It isn't one of my favorite
cities to visit :)
He'll be two hours from his Father
who lives in Colorado Springs.
That makes me feel a little bit better.
and besides...
It gives us someone in Colorado
to see when we have our RV! 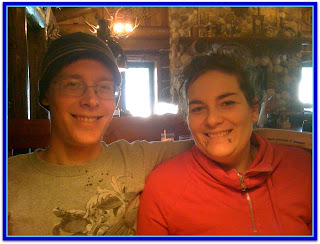 Standstill.
I hate waiting!!
We know what we want,
and when  we want it.
But..
George's house & property has been on
the market for 10 months with not
one offer. So..
he took it off the market for NOW.
Letting it sit for the winter.
My house has been on the market for
4 months. Have lowered the price once.
Had one looker -
"love it!"..
...then nothing.
Having an open house
on Saturday.
A 'blitz'..whatever that is.
I know, I know...
some people have their
houses on the market...THIS market
for a year or more.
and..
I know..I know..
George isn't retiring until July, 2012.
But I still wanna go NOW!
at October 20, 2010 7 comments:

I'm not so sure I can say or add anything further
to express the sadness over the loss
of two wonderful people
in our blogging community.
Bruce & Margie
May the Lord be with your family, friends, and loved ones
through this senseless tragedy.
They were beautiful people with beautiful spirits...
and will be missed.
Some of us have never met each other,
but we consider everyone in
our blogging community as family.
We will keep everyone in our prayers.
at October 17, 2010 4 comments:

We are blessed to live in an
area of the country with lots of things to do,
and beautiful fall colors.
West of our town, about 1 1/2 hours, is the town of Williamsport.
You may know it from the Little League World Series.
There's a great paddle-wheel boat that you can ride,
called the Hiawatha.
It docks at the Susquehanna State Park.
George & I couldn't pass up such a beautiful day today, so we took a ride!

It takes you upriver for about an hour, then turns around and goes back.
It's a really nice, slow ride, and the views are fantastic. 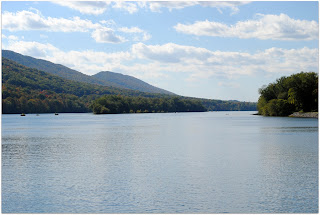 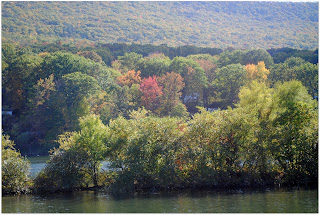 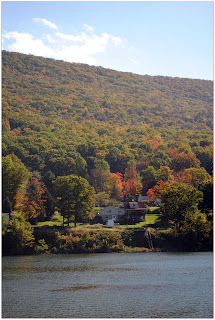 One of the staff went around and took pictures of anyone
who wanted them. Nice of him! 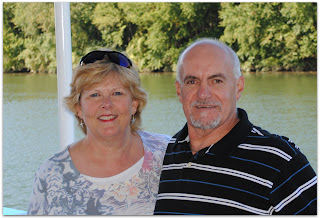 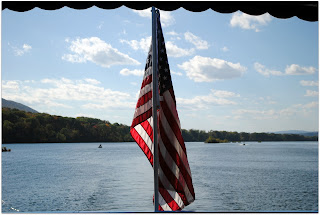 The colors in Williamsport aren't as vibrant as they are further north, but still are very nice.
After we had our ride, we found a great little place to eat
lunch at The Mill Tavern. They had great individual pizzas,
that were made on tortillas. Mine had provolone, bleu cheese, chicken, and tomatoes.
It was sooo good! I had a Landshark beer with it...yum :-) 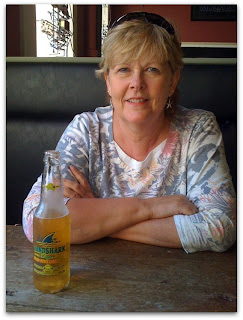 On the way home, we decided to find ice cream.
(Well of course!)
We asked our waitress at the Mill Tavern..and she
suggested 'Bruster's'. 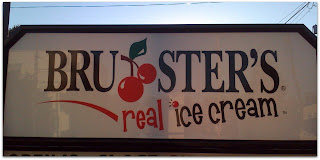 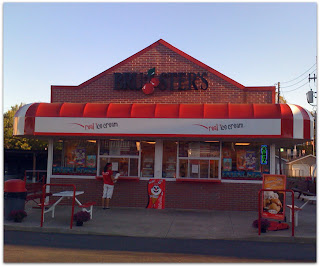 We have decided that a fifth wheel & truck combination would make more sense for our full-timing needs than any motorhome we could afford :) So...

...today being a nice, sunny, beautiful day, we decided to take a ride. We dropped my Honda off to get 4 new sneakers, so it would be prepared for that ugly white stuff that seems to be the norm around here from December through March.

Then, since there are a few auto and truck dealers in the area, we decided to start looking at the right kind of truck for us to use to tow our home. Since we are not in a big RV area, it was hard to find any big trucks in inventory. We first started at the Ford dealership..nope. Then the local Chevy dealership..they just sold the one Chevy 3500HD dually truck that they had in inventory. Strike 2!

To find a dealer with a big truck inventory, we had to take a ride north to Tunkhannock. It's a beautiful ride that parallels the Susquehanna river, so we really didn't mind. The fall colors are just starting to come out, and they are looking nice.

Anyway..we went to Sherwood Chevrolet and they had one GMC SLT 3500HD, but it was sold, but that's ok. At least we saw one! They are very nice! The salesman priced a Chevy Silverado 3500HD for us....oh boy we were tempted to do it now. The payment would be as much as I pay on my mortgage :)

Since we couldn't take a picture of the one we wanted, here it is from Chevy's website: 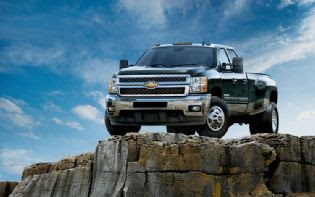 Just picture this Montana behind it... 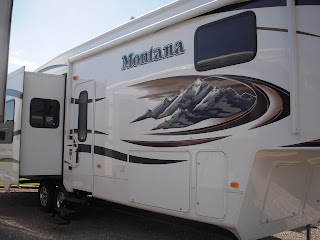 The two years is going by fast...only 22 months now :)
After drooling over the truck, we needed some lunch. Tunkhannock is a great little town, and they were having a festival called 'Airing of the Quilts'. All along the main street of the town, there are quilts hanging over fences, porch railings, laundry lines, wherever they can. It's amazing! 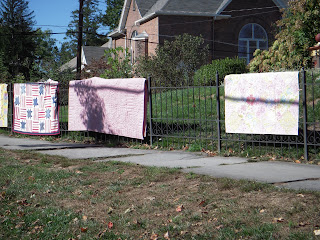 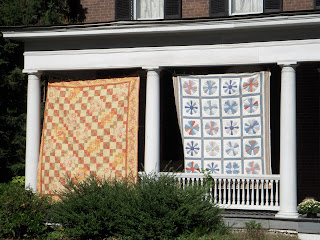 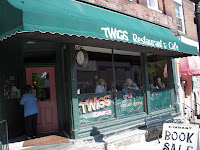 We stopped and ate at a cute little place called Twigs, and had a terrific meal - a Monte Cristo for me, and Rigatoni for George. No ice cream today!! :)
We came home and got the house ready for the colder weather. Took the screens out of the windows, and put the storm windows in. Brought some firewood into the house, put the hoses from outside away, and cleaned up the dead flowers from their pots on the porch. I dread winter coming :(
at October 02, 2010 4 comments: